KFSN
By Joe Ybarra
FRESNO, Calif. (KFSN) -- A Tulare County judge has been removed from the bench for misconduct.

According to a judicial commission, Valeriano Saucedo had an inappropriate relationship with his clerk and lied about it under oath.

Saucedo was suspended Tuesday morning and he refused to talk about it. Gary Paden, the county's presiding judge said Saucedo was working at the Porterville courthouse and his office has already been cleared out. Paden said, "For everyone involved, I think it was-- it's a sad day."

According to the Commission for Judicial Performance, in 2013, Saucedo violated the code of ethics and took a relationship with his clerk too far. He gave her $26,000 in gifts in the form of cash, a BMW, car payments, and a family trip to Disneyland in an effort to make her his "special friend." When it didn't work, the commission said, Saucedo wrote an anonymous letter, accusing the clerk of having an affair with a bailiff.

The claims were investigated, Saucedo denied them under oath and the decision to remove him from office was explained in a 60-page document. In it, the commission said the removal was necessary to "protect the public and maintain public confidence in the integrity of the judiciary."

Saucedo's actions were called deceitful and calculated. The commission also said the respect and the reputation he built in his 15 years on the bench was not enough for redemption.

The removal becomes final in 30 days unless Saucedo decides to fight it. He has 30 days to file an appeal. In the meantime, 3 judges are handling the cases Saucedo was supposed to rule on. The governor will have to appoint a replacement and Judge Paden says this won't affect any of the cases Saucedo judged. "Any decisions he made are perfectly legal and binding so I don't expect any legal challenges to any of the rulings or decisions he's made as of five o'clock, November, 30th," Paden said.
Related topics:
politicstulare countygovernment
Copyright © 2020 KFSN-TV. All Rights Reserved.
RELATED 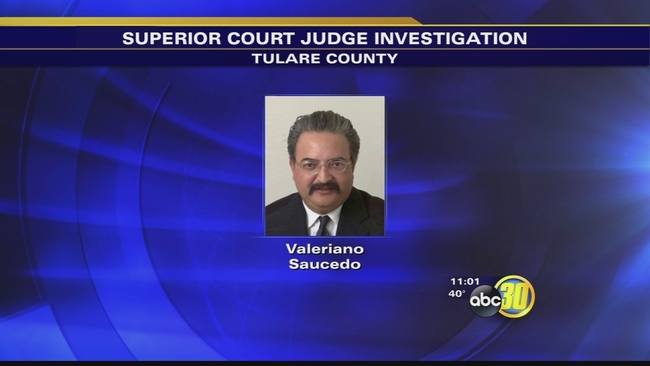