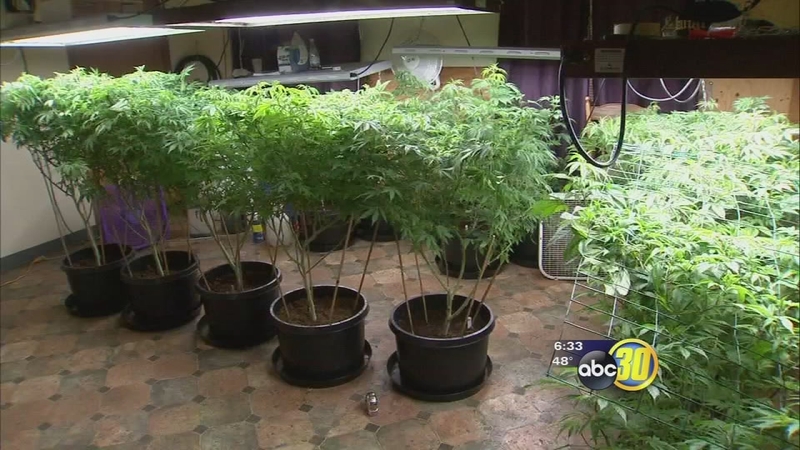 TULARE COUNTY (KFSN) -- As it stands, no new medical marijuana businesses can open in unincorporated Tulare County, and those existing entities cannot expand.

But with the passage of Proposition 64, or adult use of marijuana act, county supervisors turned their attention to recreational pot on Tuesday.

The proposition allows for local control, so county staff laid out an interim ordinance that would essentially accomplish three things in the unincorporated areas of the county.

It would prohibit all commercial recreational marijuana activity, ban outdoor cultivation at private residences, and limit indoor grows at those residences to a total of six plants, which is the rule under Prop 64.

Staff said the ordinance is not intended to interfere with access to marijuana under the new state law, which was rejected by Tulare County voters (55% voted no).

"To say that we have an issue here that needs to be immediately addressed is fallacy," said the lawyer that represents Canna Can Help, a medical marijuana dispensary in Goshen.

"We have the infrastructure and the funding to create what is a $5 million business right now, turn that into a $25 million business within five years, and we want you guys to be part of that," Canna Can Help's Wes Hardin told supervisors.

Now that Prop 64 has passed, Hardin envisions a day where the dispensary operates as a hybrid, selling both medical and recreational cannabis.

But in order to grow his business, he knows he'll need the support of county officials.

"I am confident that we're going to be able to work together to create common sense regulations that are going to be the best for the consumer, for government, for industry, for law enforcement," Hardin said.

"(The rules) may change in the future, (but) as for now, the answer is no," said Tulare County Supervisor Steve Worthley. "Don't spend your money, don't do your due diligence trying to do something which as of right now the county is saying from a land use standpoint, 'We don't want this.'"

Ultimately, supervisors passed the interim ordinance by a vote of 4-1.