The governor said the state would begin flipping some of its COVID-19 testing sites that were created in partnership with Optum Serve into vaccine distribution sites.
KFSN
By Corin Hoggard and Hayley Salazar 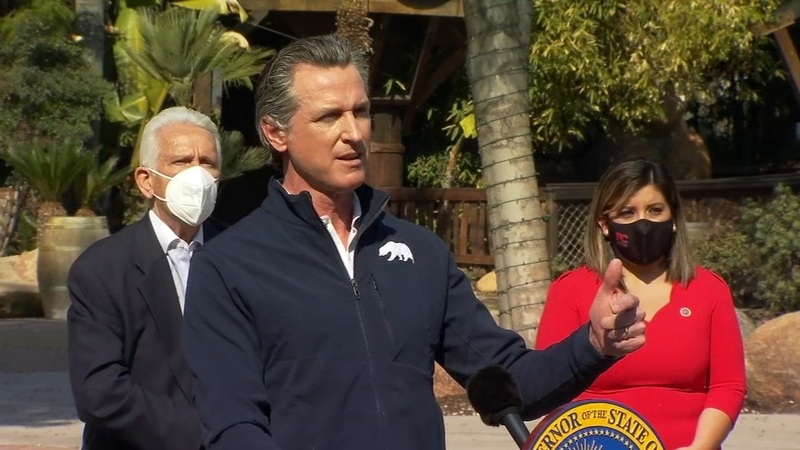 FRESNO, Calif. (KFSN) -- Gov. Gavin Newsom said the state would begin converting some of its COVID-19 testing sites that were created in partnership with OptumServe into vaccine distribution sites. The first of those centers would be in Central California.

"We have 20 of (the sites) throughout the state of California. They've been doing a lot of testing on the basis of equity in the first OptumServe site. Now for vaccinations will be at your city college in the next few days," Newsom said.

The governor said the site at Reedley College would be able to administer around 400 doses per day.

While additional vaccines of any kind are needed, it's discouraging news for Central California, where lawmakers have been pushing for more doses from the federal government and had hoped for a mass vaccination center. The area, like much of the state, has faced vaccine shortages.

Protestors who chanted "recall Newsom" and other slogans could be heard in the background of the Governor's news conference at the Fresno Fairground. 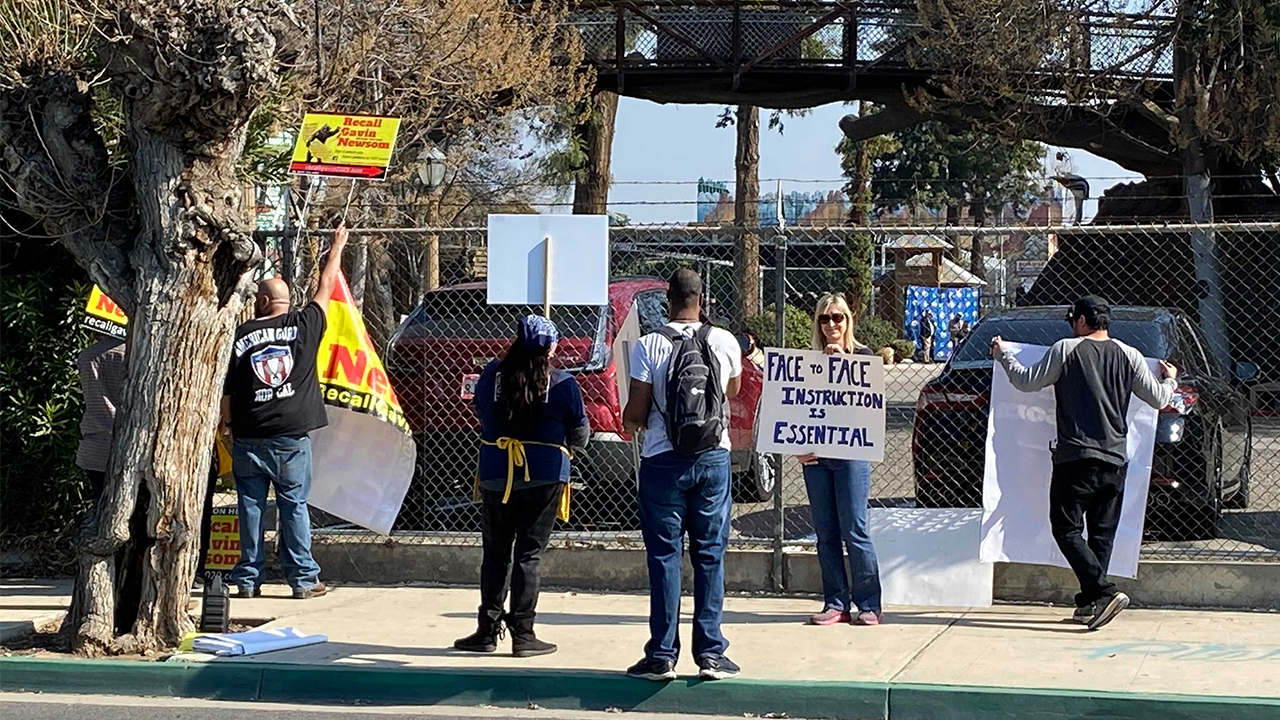 Last week, the state established mass vaccination sites in Oakland and Los Angeles in partnership with the federal government. The centers were part of a plan to build 100 vaccination sites nationwide by the Biden administration's first 100 days in office.

Fresno lawmakers had told Action News that the Save Mart Center in Northeast Fresno would become the location of the third FEMA-operated mass vaccination center.

Newsom said that his administration is not yet ready to make that announcement. The Governor says they are still waiting on the federal government and more COVID-19 vaccines to help solidify plans for creating a mass vaccination center in Central California.

Meanwhile, the state has seen a decline in COVID-19 positivity rate, hospitalizations and ICU admissions. California's positivity rate was 4.8% on Wednesday, compared to the 13.9% one month ago. Case rates had also decreased.

However, the state did hit a grim milestone, reaching 44,995 COVID-19 deaths, the most of any state, surpassing the deaths recorded in New York, which was hit hard at the start of the pandemic.

Newsom also touched on the number of cases of COVID-19 variant infections the state has seen. So far, California has 1,203 cases of the West Coast variant, 159 cases of the United Kingdom virus mutation, and reported its first two cases of the variant from South Africa in the Bay Area.