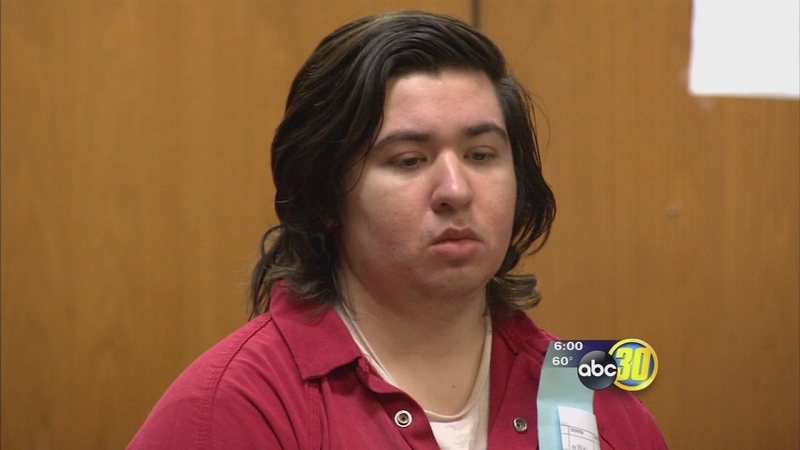 FRESNO, Calif. (KFSN) -- The victims in a random poolside stabbing are questioning justice, saying the attacker deserves much worse than he got in court.

"I'm just blessed being alive and actually breathing," said Velvet Garcia, the younger of two sisters who were attacked.

The punishment for the April 2014 attack won't include prison. 25-year-old Jacob Velasquez was found insane, so he'll head to a mental institution.

In a flash, their poolside peace was pierced. "Nobody should ever have to go through what me and my sister went through that night at all," said Garcia.

Jacob Velasquez launched his attack without warning or motive -- stabbing one sister on dry land, then jumping in the pool to stab the other, and finally attacking a man as well. He told police he thought the victims were witches and he was doing society a favor.

After a trip to a mental hospital, Velasquez was diagnosed as schizophrenic and his attorney says he realizes his grave mistake. "Having gained some insight into what happened, the individual that is here is extremely sorry and wishes to express his remorse to the young ladies," defense attorney Mark Broughton said of his client.

Velasquez didn't speak for himself, though, and his victims aren't ready to accept any apology. "Regardless of how sorry he is, he cannot take back the blood that was spilled that night," said Dayshia Nixon, the older sister.

They say they're blessed to still draw breath after Velasquez slashed their throats. But they're not happy with the justice system.

Velasquez came to court Tuesday for judgment, but he won't go to prison. Two doctors found him insane at the time of the attack, so he was found not guilty by reason of insanity. Instead of a prison sentence, he'll get treatment in a mental institution. "He needs to be going to prison where he needs to be and regardless of how much remorse he has," said Nixon.