Pope Francis gets bruise in popemobile during visit to Colombia 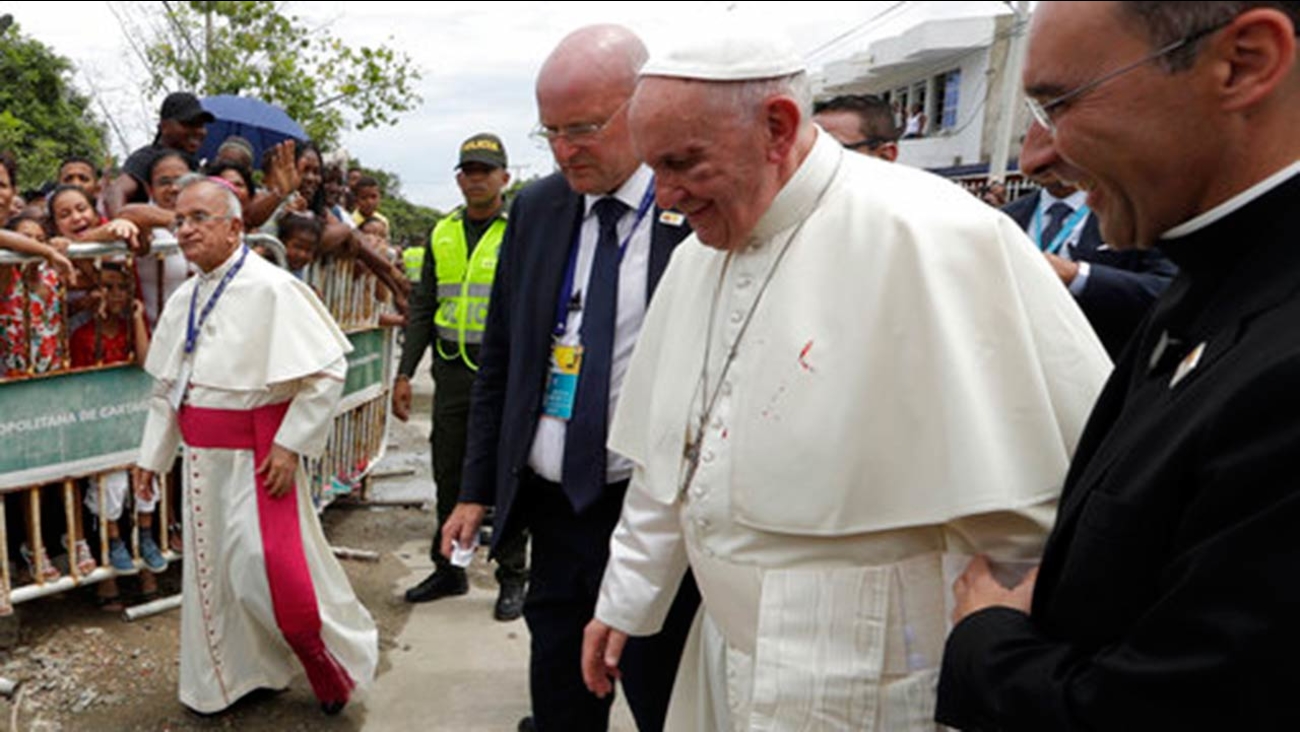 A small drop of blood stains Pope Francis' white cassock as he is helped by a priest, after knocking his head on the popemobile in Cartagena, Colombia.

BOGOTA, Colombia -- Pope Francis has suffered a bruise to his left cheek that resulted in some blood dripping onto his white cassock.

Francis apparently knocked his head as he was travelling in the popemobile upon arriving in the city of Cartagena for the last day of his Colombia trip.

Vatican spokesman Greg Burke says: "The pope is fine" but has "a bruise on his cheekbone and eyebrow."

Burke says the pope hit himself on the popemobile and is receiving ice treatment.

The pope continued greeting thousands of people along the streets of Cartagena's San Francisco neighborhood, without any problems.