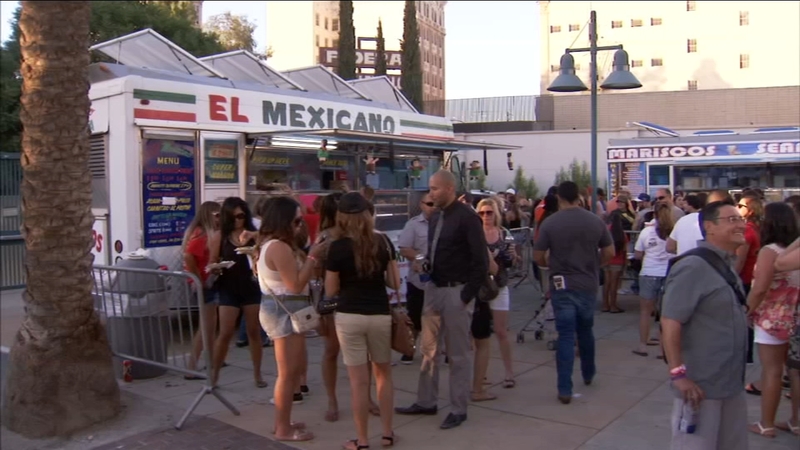 FRESNO, Calif. (KFSN) -- Late Thursday night the taco truck of El Mexicano was involved in a chain-reaction accident in Fresno County on Highway 99 near Clovis Avenue.

The California Highway Patrol says at that point the catering truck overturned. One of the people in the other vehicles suffered major injuries while the two people in El Mexicano truck suffered minor injuries.

But the accident was a major hit for the Camacho family. They own El Mexicano taco truck and restaurant off of Highway 99 and Manning Avenue in Fowler.

"They have always been one of the pillars of the community, out in the taco community. Even before I knew El Mexicano, I knew the place out there on Manning Avenue. Their reputation sort of proceeded them that way," said Mike Oz, Taco Truck Throwdown Co-Organizer.

Oz said El Mexicano has participated at every Taco Truck Throwdown at Chukchansi Park since 2011.

The family-owned and run business won this year's competition in both the judge's choice and people's choice.

Oz spoke to the family on Friday and said they will be shut down their restaurant indefinitely so they focus on recovering physically and deciding when they can get back into business with their restaurant and taco truck, which was totaled in the accident.

"We just hope everybody is okay and that they get back up and running so that they can continue on like they have been serving great tacos and being a part of the community," said Oz.
Report a correction or typo
Related topics:
fresnocar accidentfood truckhighway 99collision
Copyright © 2021 KFSN-TV. All Rights Reserved.
FOOD TRUCK
Veteran is on roll with food truck offering coffee and doughnuts
Olympic gold medalist to buy food truck for her mom
Try brunch on the go at this gourmet Long Island food truck
Hanford entrepreneurs find sweet success with bubble waffle food truck
TOP STORIES
Clovis motorcyclist killed after early morning crash with trailer
Loved ones say goodbye to Fresno teen killed in alleged DUI crash
1 killed, 1 injured in Merced County crash, CHP says
Bicyclist killed after being hit by truck in Merced County
Fire tears through Visalia apartment building
Bill Clinton released from UCI Medical Center after blood infection
Merced school's theatre kids showcase their talents at haunted house
Show More
Over 100 people join Visalia rally opposing hate crimes against Asians
Bulldogs win turnover battle, bounce back with 17-0 win at Wyoming
US religious group says 17 missionaries kidnapped in Haiti
Fresno leaders take part in 'Firefighter for a Day' event
Driver hospitalized with major injuries after fiery crash near Goshen
More TOP STORIES News