Investigators later found the 34-year-old at a Motel 6 in Porterville.
KFSN 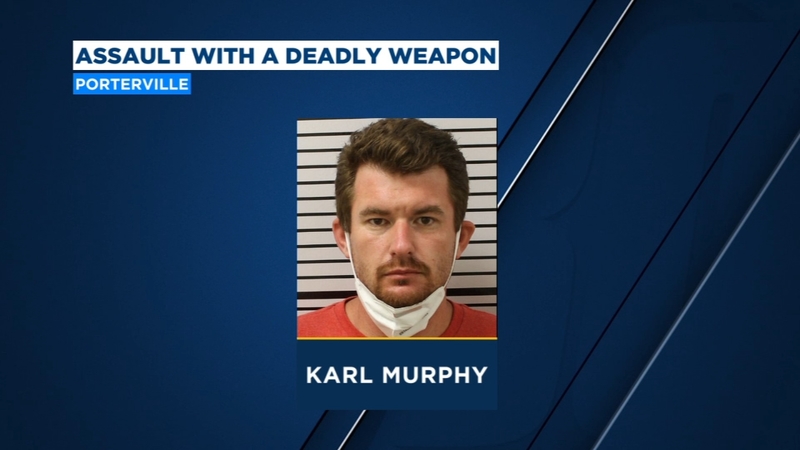 FRESNO, Calif. (KFSN) -- A man was arrested after police say he broke into a Porterville home, vandalized a car, and attacked one of the residents with a baseball bat.

Porterville police say Karl Murphy, 34, went to a home on Westwood Street and Olive Avenue last week and demanded to see his girlfriend.

When Murphy was told he couldn't go into the house, officials say he then vandalized a car outside.

Police say Murphy then broke into the house and started hitting the victim with a baseball bat. Other residents in the home had to pull Murphy away and he eventually ran out of the house.

Investigators later found the 34-year-old at a Motel 6 in Porterville.