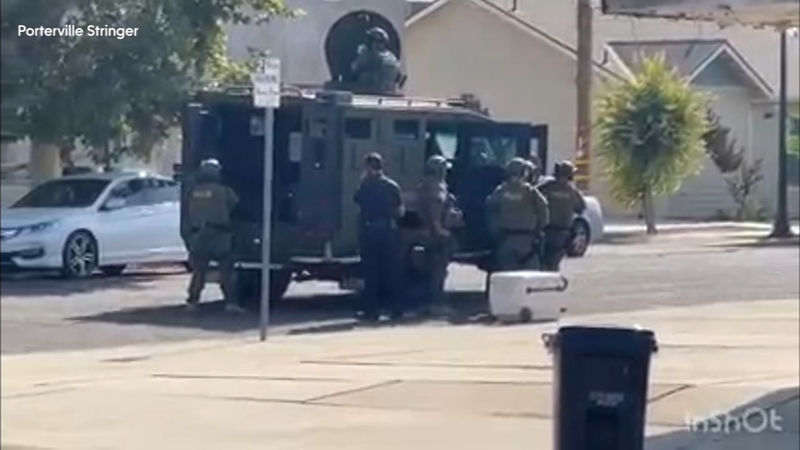 PORTERVILLE, Calif. (KFSN) -- A Porterville man is facing charges, accused of kidnapping his own girlfriend and holding her against her will inside their home for three days.

She told officers her boyfriend, 34-year-old Timothy Sanchez, became agitated suddenly on Monday and allegedly fired a gun in the air near the girl and her friends.

She says she was then forced inside the house on Thurman Avenue and for three days, was threatened, bound with restraints, pistol-whipped and sexually assaulted.

The victim was eventually able to escape.

Porterville police and SWAT teams arrived to the home Thursday and after three hours of negotiations, they took Sanchez into custody.