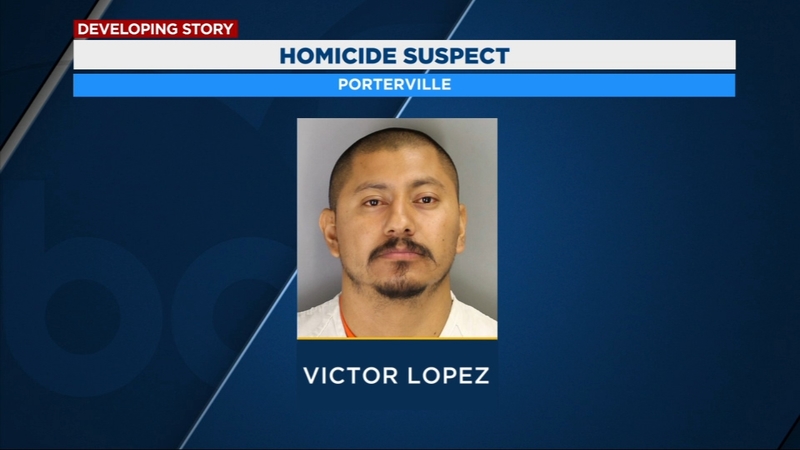 FRESNO, Calif. (KFSN) -- UPDATE: The Tulare County Sheriff's Office has released the cause of death in the murder of a Porterville woman.

The autopsy report states that Samantha Lopez, 31, died from suffocation.

Lopez's husband, Victor Lopez, was arrested while trying to flee the scene. He is facing several charges including murder and child endangerment.

If convicted he faces up to 25 years to life in prison.

LATEST: There was history of domestic violence calls made from Porterville murder victim

The Sheriff's Office says she is the wife of the suspect, Victor Lopez.

The cause of death is still unknown pending the autopsy results.
---
Tulare County Sheriff's detectives are investigating a murder in the area of east Date Avenue in Porterville.

Upon arrival to the home, deputies detained Victor Lopez - as he tried to flee from the scene. He was arrested for homicide and faces domestic violence charges, murder and child endangerment.

Officials reported the victim is female, but her identity is not being released at this time.

The relationship between the Lopez and the victim is still under investigation by Violent Crimes.
EMBED More News Videos