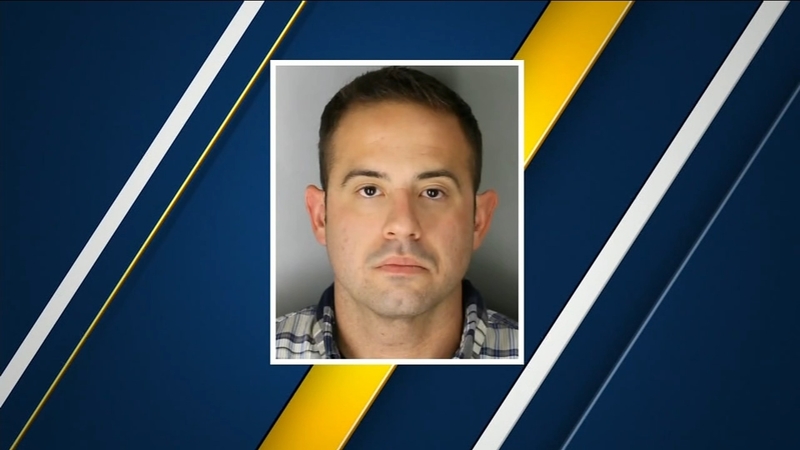 Porterville police officer arrested for annoying or molesting a minor

Porterville Police released this statement on Tuesday morning: "Immediately upon the arrest of Sergeant Wayne Martin, the Porterville Police Department began an internal administrative investigation into the circumstances surrounding that arrest. As part of that investigation, on September 18, at approximately 8:30 a.m., Sergeant Martin was contacted by a member of the Porterville Police Department for the purpose of obtaining his statement with regard to his conduct on September 16. Sergeant Martin refused to answer any questions and resigned."

Earlier this year, the Porterville Exchange Club named Wayne Martin Porterville Police Officer of the Year. In July, the 33-year-old was promoted to the rank of sergeant with the department.

He's been with Porterville Police for nearly 12 years and was also the supervisor of the department's Explorer Program.

"Sgt. Martin was, up until this incident, one of the best officers I've ever had the chance to work with," Porterville Police Chief Eric Kroutil said. "That's what makes it so shocking and makes me so angry because I had such high hopes for him. His ceiling was unlimited in law enforcement. I just don't understand it."

A Porterville police officer has been arrested for annoying or molesting a minor.

On Sunday night, Tulare County Sheriff's deputies were called to an area outside Porterville city limits for a suspicious vehicle check. When they arrived, deputies found two cars. Two people were quickly moving around inside one.

Tulare County Sheriff Mike Boudreaux says the man identified himself as off-duty Porterville Police Sgt. Wayne Martin. Deputies noticed the female looked young. She told them she was 17 and an Explorer with the department.

Martin was arrested on three counts of annoying or molesting a child and one count of arranging to meet with a minor for lewd activity.

The sheriff's office believes there have been multiple encounters between the sergeant and Explorer.

"We really work hard to develop the trust of our community and with the feel of the way the nation is right now, these are the types of things that we do not want to happen," Boudreaux said. "And it's unfortunate, but we will take appropriate action, as you see. We police our own, as you see. And we don't overlook anything."

In the case of Martin, the sheriff says they don't have any reason to believe there are more victims at this time.

Robles and Martin are being held at the Kings County Jail for their protection.