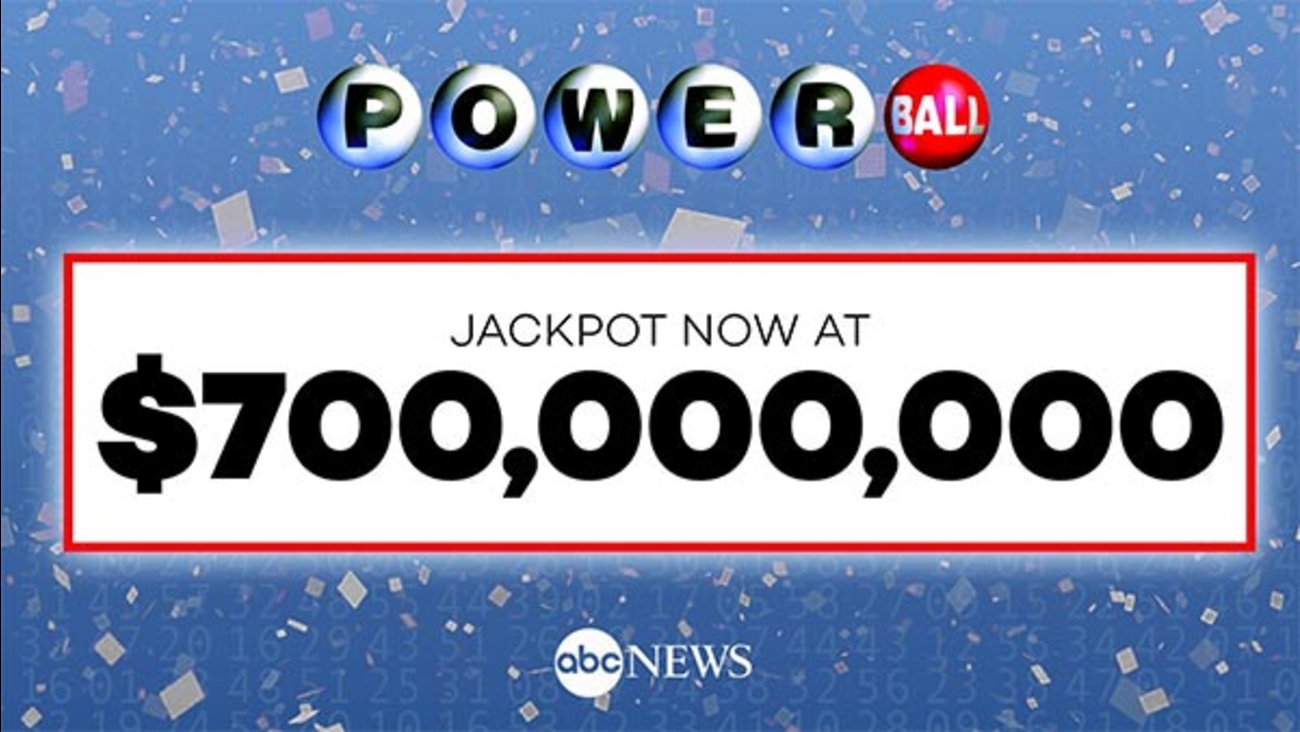 DES MOINES, Iowa -- The Powerball jackpot has increased to $700 million, making it the second largest in U.S. history.

Lottery officials raised the expected jackpot Tuesday, pushing it past a $656 million Mega Millions jackpot won in 2012 by three people.

The prize for Wednesday's drawing has grown so massive because it's been more than two months since a jackpot winner, on June 10. The prize remains far less than the record $1.6 billion prize won by three people in January 2016.

The latest $700 million prize refers to the annuity option, paid over 29 years. The cash option would be $443.3 million.

The odds of winning the Powerball jackpot is one in 292.2 million.