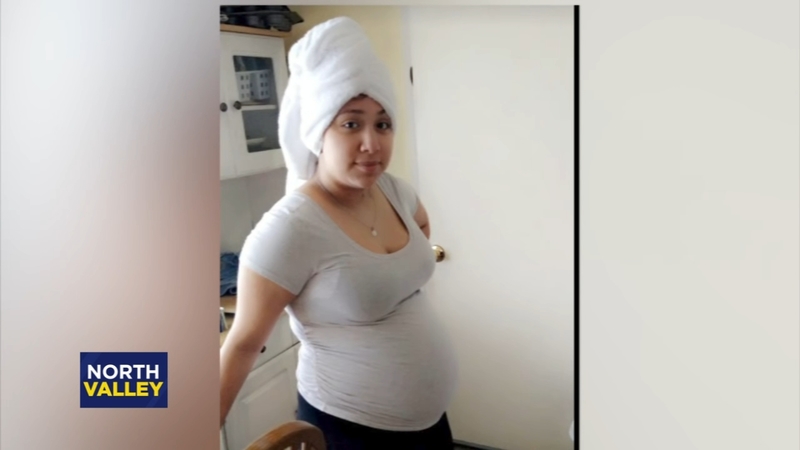 MERCED, Calif. (KFSN) -- A North Valley mother is desperate for answers after her pregnant daughter was shot on Sunday night in Merced.

She and the baby did not survive. Another man was badly injured.

Family members said the victims are from Los Banos, but were staying in Merced for the weekend.

"I just want to go to sleep and wake up again and it all be a nightmare, all be gone," said Victoria Hogue, the mother of Tatyanna Lopez.

Lopez was eight months pregnant with a little girl who family members said she planned to name Ayanna.

"She was a good kid, she graduated high school, she just wanted to be a mom," Hogue said about Lopez.

Merced police said Sunday night around 10 p.m. they were called to the area of Conestoga Drive and Austin Avenue for a shooting.

Lopez was pronounced dead at the scene.

Her boyfriend, 18-year-old Angel LeGrand, was rushed to the hospital where he remains in critical condition.

Police said two other people were at the home during the incident, a woman and 29-year-old Enrique Fierros.

Merced Police Department said they're trying to track down Fierros to talk to him, but he's not considered a suspect or a person of interest.

"We're trying to find and locate him so that we can speak to him because he was seen leaving the scene of the homicide," said Merced Police Captain Jay Struble.

Merced Police say they want to talk to this man, 29-year-old Enrique Madera Fierros. Police say they have him on video running away from the scene of the shooting, but don’t know if, or how, he is connected. @ABC30 pic.twitter.com/Hg8wee1TE1

Police said some of the individuals involved had gang affiliation, but it's too early to say if the shooting was gang related.

According to Capt. Struble, LeGrand is not cooperating with investigators.

There is a chance that the shooter will be charged with two counts of murder - one count for Lopez, the other for her unborn child, but that will ultimately be up to the district attorney's office, according to Capt. Struble.

"We're just really just reaching out to the public if anyone has any information because our goal would be to get justice for that extended family," said Capt. Struble.

Hogue is also asking anyone with information or video of the incident to call police so they can track down her daughter's killer.

"If anybody has anything. Please, that was my best friend."

Police said there are still a lot of unknowns. They said it's unclear if the shooter walked up to the victims, drove by in a car or rode by on a bike.

They're hoping Enrique Fierros will be able to give them more information to track down a suspect.

They're also asking anyone with surveillance cameras or video doorbells in the area to contact them so they can review the video.

Merced police are asking anyone with any information regarding this crime to contact Detective Pinnegar at 209-388-7712 or by email at pinnegarj@cityofmerced.org.

A GoFundMe has been created to help with funeral costs. If you want to contribute to it, click here.
Report a correction or typo
Related topics:
mercedhomicidepregnant woman
Copyright © 2021 KFSN-TV. All Rights Reserved.
More Videos
From CNN Newsource affiliates
TOP STORIES