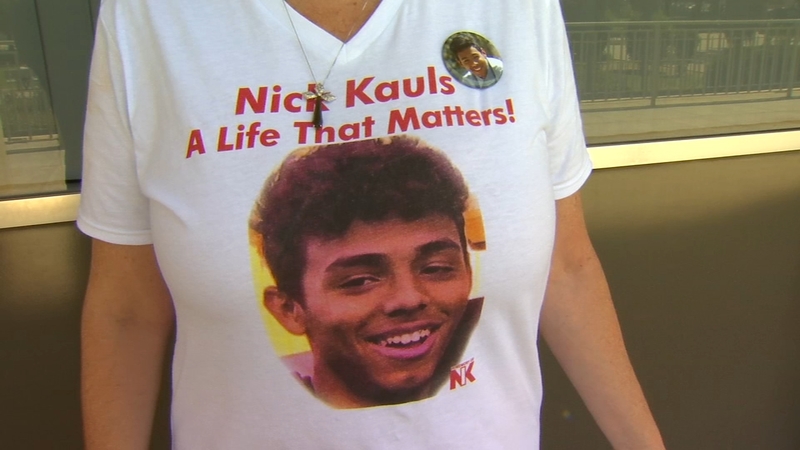 A judge ordered our Action News cameras not show the defendant, 23 year-old Joseph Espinoza. He sat quietly as witness and investigator testimony began detailing how events unfolded June 24th of last year. Investigators say Espinoza went on a shooting and robbery spree to bail a friend out of jail.

A witness for the prosecution, who also couldn't be shown on camera, described the moments he was followed after a trip to the ATM, before being shot at. He wasn't able to positively identify Espinoza as that shooter. When asked who had the firearm, he said it was the driver, who he saw "at a glance."

Detective Adam Maldonado took the stand, recounting what witnesses said in the investigation. He said, "The male with the gun immediately shot at Nick. Patrick said that he ran."

His words were too painful to relive for the teen's mother.

Family friend Melanie Warner was one of almost a dozen people wearing T-shirts with the teen's picture. She said at one point Lisa "had to get up and walk out. The rest of us chose to stay and listen to every detail so we could filter it to be able to describe it to her."

Warner met Lisa through the non-profit compassionate friends, a support group that helps parents cope with the loss of a child.

Warner said, "She doesn't have to sit there alone in that courtroom and listen to all of that because it's like being traumatized all over again."