President Trump's star on Walk of Fame vandalized with pickax 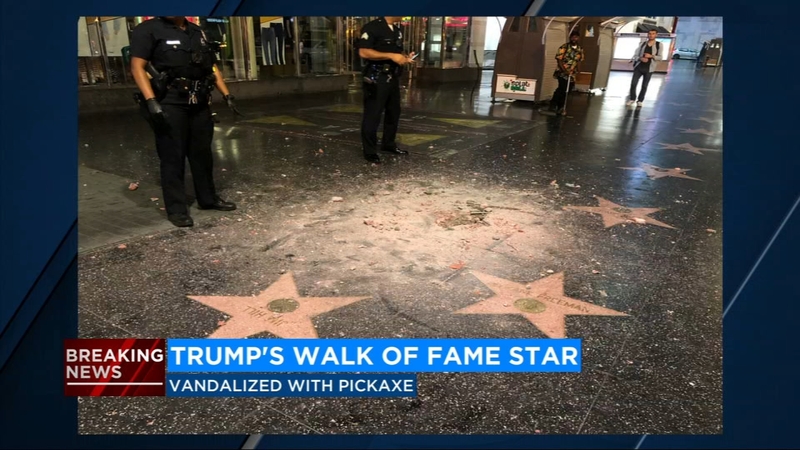 President Trumps star on Walk of Fame vandalized with pickaxe

LOS ANGELES, Calif. -- A vandalism suspect turned himself in after he allegedly used a pickax to destroy President Donald Trump's star on the Hollywood Walk of Fame early Wednesday morning, the Los Angeles Police Department said.

According to witnesses, a man removed the pickax from a guitar case about 3 a.m. and began swinging it at the star on Hollywood Boulevard, leaving chunks of concrete strewn across the sidewalk.

The suspect surrendered to Beverly Hills police at about 4:30 a.m., the LAPD said. His identity was not disclosed.