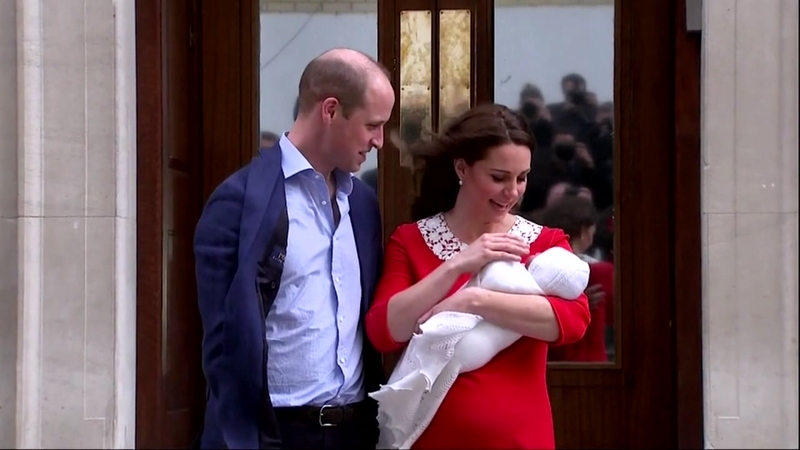 "Royal baby number 3" no more. Prince William and Duchess Kate have picked a name for their newest little bundle of joy.

The Duke and Duchess of Cambridge are delighted to announce that they have named their son Louis Arthur Charles.

The baby will be known as His Royal Highness Prince Louis of Cambridge. pic.twitter.com/4DUwsLv5JQ

The little brother to Prince George and Princess Charlotte was born Monday. Mom and baby went home from the hospital on the same day.

British media outlets have been pronouncing the new prince's first name as "Lou-ee."

"Louis" is a tribute to a mentor of Prince Charles, ABC News reports. Lord Louis Mountbatten was the uncle of Prince Philip and a cousin of Queen Elizabeth. He was killed in a 1979 bombing by the Irish Republican Army in Ireland.

"Arthur" was a middle name of Queen Elizabeth II's father King George VI, according to the BBC. It is also another of Prince William's middle names.

Prince Charles, the baby's grandfather, is first in line to the throne.

Bookies had put the best odds on the names "Arthur," "James" and "Phillip."

PHOTOS: Will, Kate and the royal family through the years