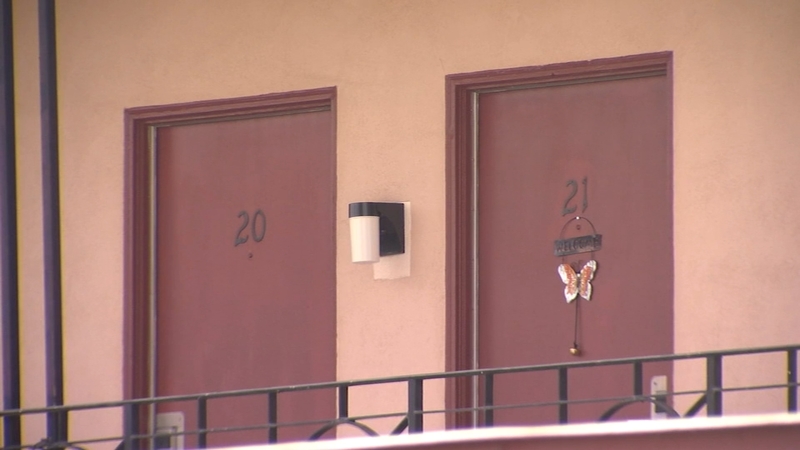 KINGS COUNTY, Calif. (KFSN) -- Kings County is a small county in California, so naturally it has fewer homeless people than neighboring counties such as Fresno or Kern (It has just over 300, according to the most recent Point in Time report).

But officials at the Kings County Human Services Agency say its challenges surrounding homelessness and affordable housing deserve just as much attention.

It's why last August, the county and other partners turned to the state for help-specifically, the $846 million permanent housing program called Project Homekey launched during the pandemic.

"So Homekey from that perspective was unusual because it didn't say, well, Kings County, you're only allotted $200,000 or $300,000,'" Kings County Human Services Agency Director Sanja Bugay said. "It was, 'Kings County, if you want to put in an application, put a project together.' So we did, two, and both got awarded, so I'm incredibly proud of that."

The county received a $2.7 million award to purchase the Stardust Motel outside Hanford.

Eventually, it will be converted into an affordable apartment complex, but for now it will continue to operate as a Project Roomkey site, another state-funded program that provides safe shelter to homeless at risk of contracting COVID-19.

The county also secured a $4.4 million award for a very different project with an even tighter timetable for completion.

On Friday, officials turned some dirt to celebrate what's to come on a vacant piece of land south of Hanford.

The first phase of the Kings Triangle Courtyard affordable housing community will include 24 manufactured homes, including 12 that must be completed by the end of March.

Each will include two bedrooms, a bathroom, and a kitchen.

The majority of renters, Bugay says, will likely be those who are already being served by Project Roomkey.

"They're going to be paying rent, they're going to be residents," Bugay said. "Some may be subsidized, some may not. But the setup in the community will be that this will be trying to build a community. So I like the idea of the courtyard setting where people are finding a permanent home. So they're not sheltered in these motels temporarily and being temporary residents. This is their home."

The landlord, more or less, will be Cornerstone Industries and the Kings Gospel Mission.

Renters will be connected with services they need to lead an independent life, without worrying about basic needs.

But Bugay believes housing is the foundation for success.

And for those who may be more fortunate, she points out that homelessness takes different forms, and many Kings County residents are just one life event away from experiencing it.

"What we gloss over, what we forget is that homelessness is also our college students who are couch-surfing and can't afford it," Bugay said. "Families who are living two to three families in a very small apartment. So this isn't about just street homeless. This is about affordable housing and 30% of people in our county."
Report a correction or typo
Related topics:
societykings countykings countyhomelessaffordable housing
Copyright © 2022 KFSN-TV. All Rights Reserved.
TOP STORIES
Man suffered severe burns after explosion at Table Mountain Casino
Domestic violence suspect arrested after standoff with Fresno police
Man accused of killing 2 in Fresno County booked in LA County jail
Body of Missy Hernandez recovered from aqueduct near Huron
All 3 suspects arrested in connection to Tulare County murder
Man guilty for killing Kerman couple must wait for new trial decision
Will inflation continue to rise? We talked to a local expert
Show More
Central CA Food Bank facing shortages with supplies, volunteers
Teen killed, another injured in shooting in Orange Cove
At-home COVID-19 test request website goes live 1 day early
1 killed in crash in Madera, Yosemite Ave closed for investigation
Man shot after fight with brother in Madera, suspect in custody
More TOP STORIES News