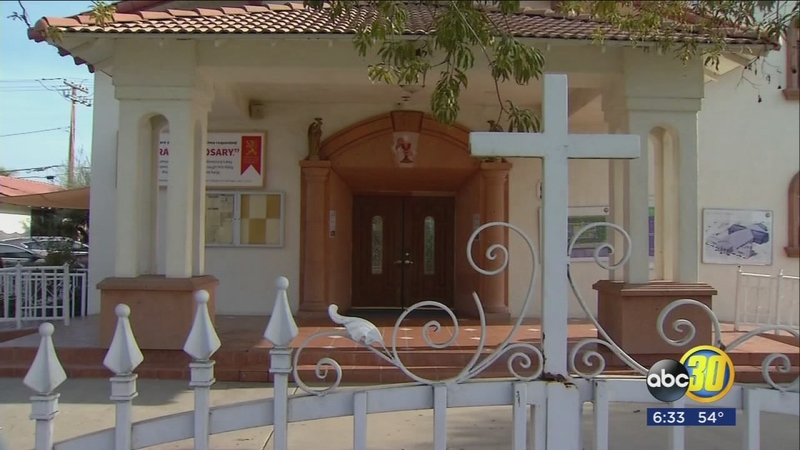 TULARE, Calif. (KFSN) -- A South Valley priest accused of stealing hundreds of thousands of dollars from his church was back in court Monday.

As director of parish financial reporting for the Roman Catholic Diocese of Fresno, she discovered discrepancies that eventually lead to Villafan's arrest in late 2014.

On Monday, they reviewed copies of checks with Pimentel -- those she deemed an inappropriate use of funds. They included one from St. Rita's building fund to AAA life insurance, signed by Villafan.

There were others from the church to a dentist, also signed by Villafan. Pimentel says those payments were determined to be for a member of his family.

Villafan remains out of custody.