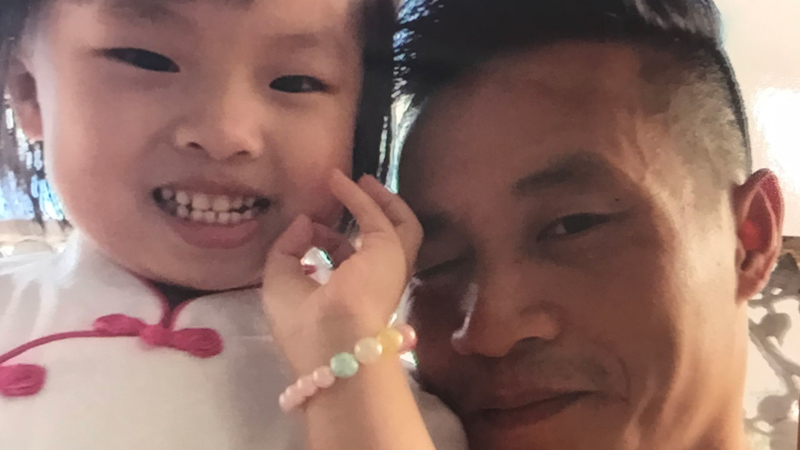 NEW YORK -- A Queens father who was in the United States for nearly 20 years was arrested when he showed up to his green card interview.

ICE agents separated Xiu Qing You from his wife, Yu Mei Chen, who is a U.S. citizen.

"We followed the rules step by step to get status," Chen said.

Naveen Dhaliwal has more on the man's arrest.

You and Chen built their life together in Queens, owning a nail salon in Connecticut and raising two beautiful young children.

However, the past has a way of creeping into the future. You was granted asylum after arriving in the United States illegally back in 2000. Two years later, he was issued an order of deportation -- one that was never executed in the last 16 years until last month when he went for his green card interview with his wife.

"In the middle of the interview they asked me to leave the room," Chen said.

That is when ICE agents made their move, taking You, who has no criminal history, into custody.

With the Trump Administration, there is a different cloud over immigration. Just this week, U.S. Attorney Jeff Sessions took aim at the asylum-seeking process, stating it is being abused and labeling a majority of the asylum cases invalid.

The family attorney said You faces persecution back in China, and now they are fighting to get him home, close to his children.