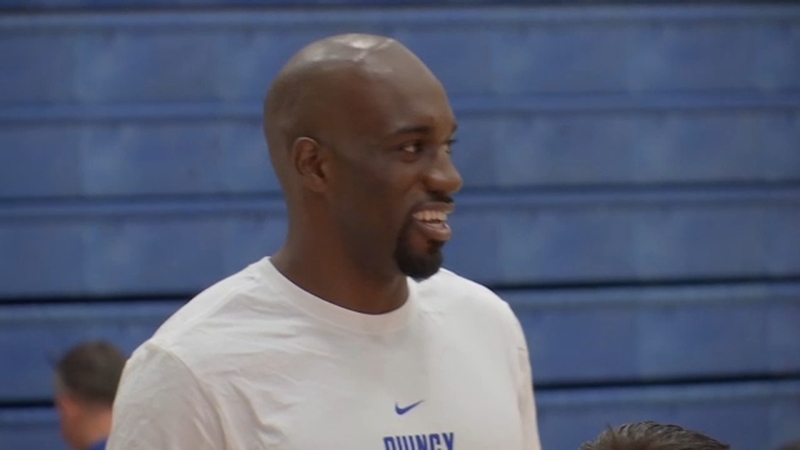 In doing so, the former San Joaquin Memorial standout brings to an end a 9-year NBA career.

"Coaching was always going to be the next step, I just didn't know when," he told Action News. "I'm just so glad that I earned it, not only with my playing career but my knowledge of the game and my ability to connect with the recruits."

Pondexter, 33, led the Huskies to back-to-back NCAA tournament appearances, making the Sweet 16 in 2010. He finished his college career (2006-2010) scoring 1,786 points which ranks fifth all-time at the university.

He was selected No.26 overall in the 2010 NBA Draft by the Oklahoma City Thunder and was traded to the New Orleans Hornets.

He went on to play for five teams spanning eight seasons in the league, his most recent stop with the San Antonio Spurs (2018-2019).

Following the announcement, Pondexter spoke with ABC30 Sports Anchor Bri Mellon sharing that up until April 1, he was training every day to play in the NBA again. After situations with teams didn't work out, he's looking forward to this next challenge in his life.

"Hopkins took me out to dinner last week and offered me the job. I just started breaking down into tears because it was something that I really wanted, cherish, and care about because I am a University of Washington grad," Pondexter said. "To have the opportunity to come here and coach at my alma mater right after my NBA playing career is really special for me. This is my dream job. This means the world to me. I've gotten offers to coach NBA player development and other assistant coaching positions at other places. Those other places weren't home. I always said once I do something, I have to care about it. I can't just go coach and not have my whole heart, soul and passion into it. This is a place I have that, so there was no way I could go anywhere else but here, and this is where my heart is."
Report a correction or typo
Related topics:
sportsfresnoeducation
Copyright © 2021 KFSN-TV. All Rights Reserved.
TOP STORIES
Crackdown on Fresno's gang violence is showing results, police say
KNP Complex Fire grows by over 3,000 acres in last 24 hours
OH haunted house actor stabs boy, 11, while trying to scare him
Madera police say 2 killed in separate homicides overnight
15-year-old boy hospitalized after shooting in central Fresno
New Dutch Bros location opens in Porterville
Officials investigate after Amtrak crash involving train from Chicago
Show More
Hundreds come together for Old Timers' Parade in Madera
Protesters call on leaders to stop evictions in the Valley
Air purifiers could protect you from Valley's pollution, doctor says
Fresno County residents can now get the flu shot at drive-thru clinics
3 people dead after Amtrak train derails in Montana
More TOP STORIES News