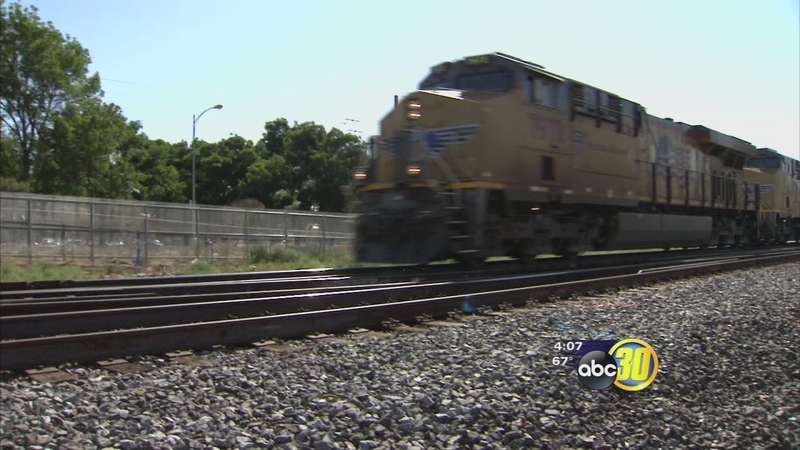 FRESNO, Calif. (KFSN) -- Many of us are familiar with the rules of the road, but some seem to overlook the rules of the railroad. Flashing red lights, ringing bells, and horns blasting are only a few of the telltale signs a train is coming. Yet law enforcement sees railroad crossing violations daily.

"The main violation we see in Fresno are people stopped on the train tracks, which is an anti-gridlock issue," said Souza.

As for trespassing-- anywhere between the barrier and tracks is considered railroad property.

Law enforcement's other big push is cracking down on those not crossing at designated areas. When it comes to the size and speed of the train looks can be deceiving.

According to the Federal Railroad Administration Office of Safety Analysis website, close to 100 train accidents happened in 2015.

"It's very dangerous. Just make sure when you're approaching the tracks that you're knowing the rules of the road if there's not enough space to clear the tracks," said Souza.

If you're in a rush you may want to think twice before trying to beat the crossing arm.