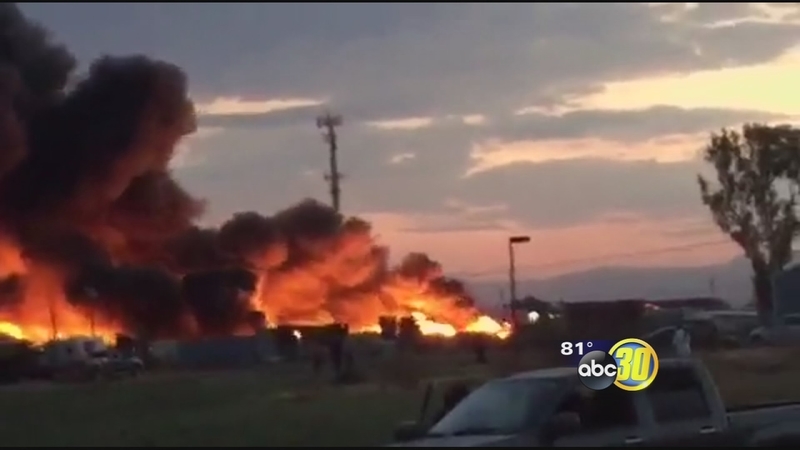 DOS PALOS, Calif. (KFSN) -- A fire broke out at a Dos Palos recycling plant Tuesday and has been burning for more then five hours. Police asked residents to stay indoors, close the windows, close the doors and take pets inside on Tuesday night. However on Wednesday morning they Cal Fire lifted all air quality restrictions.

Action News was told there is 150 tons of debris burning, things like plastic, PVC pipe, cardboard, and wood, things that have been collecting here at this recycling plant. This place has been closed for at least 60 days, workers were here earlier, moving the debris and then the fire started.

Initially the flames were a lot bigger. There were concerns for the safety of the firefighters and people nearby. The closest home is a quarter mile away and the smoke could be seen even much further than that.

Firefighters have the flames under control and they'll be taking bulldozers in to clear the debris at some point but they're not sure what exactly is burning.