Recycling center fire in Farmersville may be arson 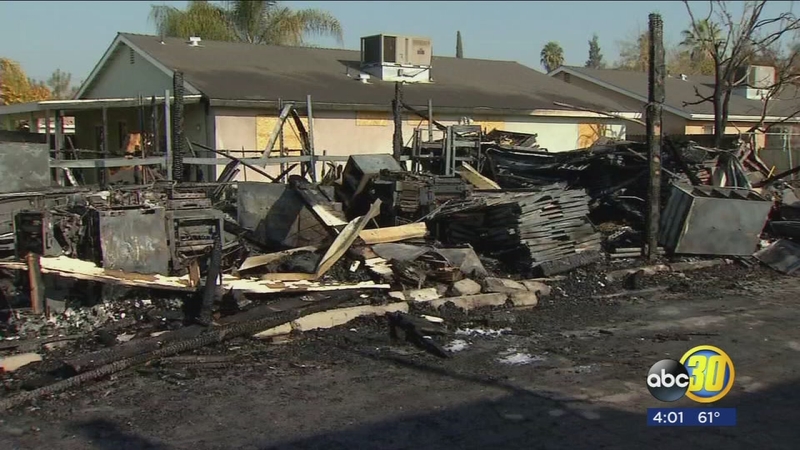 FRESNO, Calif. (KFSN) -- The fire broke out early Wednesday morning when the first crews showed up. The east part of the building was ablaze. Kenny Bridges was shocked when he saw it on the news.

"I ran out of the house, and I came over, and I see it. What'd you see when you came over? Uh, big old flames," said Bridges.

Bridges says he worked part-time at the recycling center, which firefighters say is a total loss and says he is also lost. His only source of income from collecting cans and plastics.

"Fire was just coming into the houses when crews were able to get back there and make a stop," said Farmersville Fire Chief John Crivello.

Officials say there was moderate damage to two homes right behind the building and minor damage to the grocery store across the alley.

The cause is still under investigation, but the fire chief says they will try and review any surveillance video from the area.

"Suspicious in nature, no obvious accidental cause, correct."