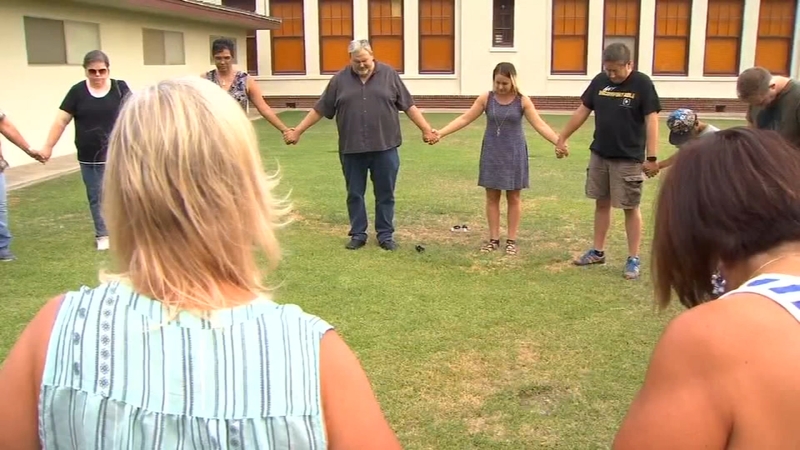 REEDLEY, Calif. (KFSN) -- For a community recently riddled with crime, some Reedley residents joined hands outside of Full Gospel Tabernacle church Thursday night -- hoping the power of prayer will bring peace back to their community.

In June, a man was found shot to death in a car on Abbott and Concord Avenues.

Then on July 4, a teenager was murdered outside of his home near TL Reid Elementary School.

But the most recent took place this past Monday, when police say a mother killed her two young kids inside an apartment on Myrtle and East Avenues before committing suicide.

Kristin Hubert was one of the nearly 30 people who attended the vigil.

"People are losing hope when they see something happen and within a week another tragedy happens right down the street, Kristin Hubert said. "So we feel the need to pray because to stop the evil."