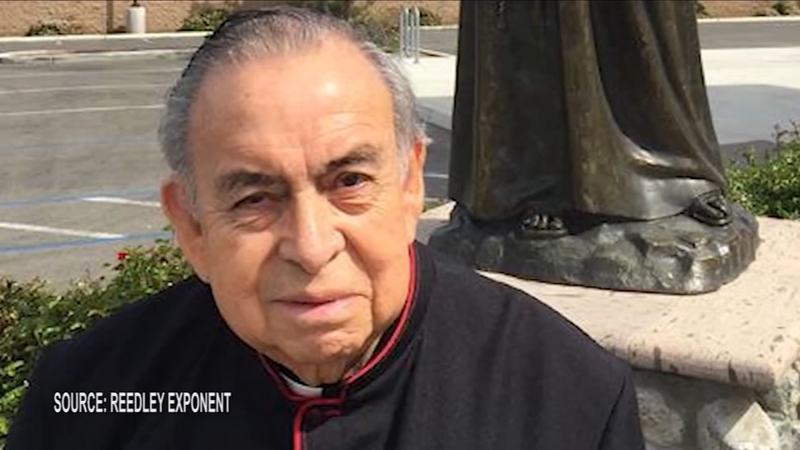 FRESNO, Calif. (KFSN) -- A priest in the Roman Catholic Diocese of Fresno has been accused of sexual abuse.

At a news conference Monday, the alleged victim, Sylvia Gomez Ray, 52, spoke about the alleged abuse she experienced as a teenager while working at St. Joseph's Catholic Church in Bakersfield.

She claims Monsignor John Esquivel sexually assaulted her after he groomed and recruited her to work as the church's secretary.

"In the mid-80s, I was molested by Monsignor John Esquivel while working in the rectory here at St. Joseph's church," Gomez Ray said. "While I told several people about what happened, most of the adults didn't believe me."

RELATED: Firebaugh in shock after beloved ex-pastor accused of sexual misconduct with minor

According to a group called Survivors Network of Those Abused by Priests, or SNAP, four other survivors have also contacted them alleging abuse by Esquivel.