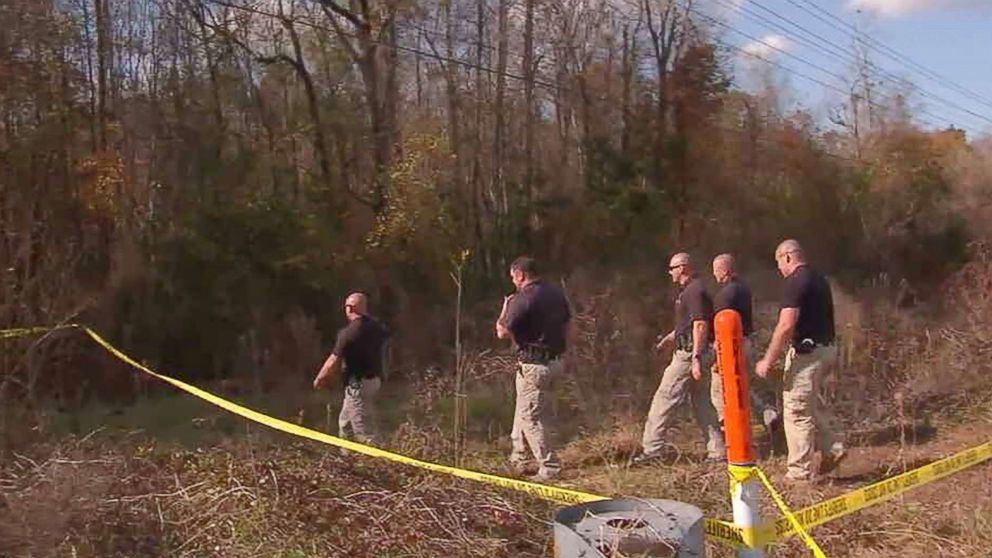 The Onslow County Sheriff's Office and FBI revealed on Saturday evening that Mariah Woods' body was extricated by a Fayetteville Police dive team, according to ABC News' affiliate WTVD.

The news comes after Earl Kimrey, 32, was arrested by investigators at the Onslow County Sheriff's Office on Friday in connection with the disappearance of the Woods.

The 3-year-old who went missing from her home in North Carolina last Sunday, officials announced Saturday morning, adding that they believe she is deceased.

"Due to evidence gathered during the course of the investigation, it is believed that Mariah is deceased," the FBI and the Onslow County Sheriff's Office said in a statement on Friday. "At this time, the location of Mariah is unknown. The searches will now shift to a recovery process."

Earl Kimrey, the live-in boyfriend of the girl's mother, was taken into custody on Friday, the FBI and the Onslsecond-degreeriff's Office said in a statement.

He was charged with concealing of death, obstruction of justice, second degree burglary, felon larceny and possession of stolen property.

Kimrey is currently being held in the Onslow County Detention Center under a $1,010,000 bond. Additional charges could be pending as the investigation continues, officials said.

The search for Mariah had been organized by Team Adam, a program for the National Center for Missing & Exploited Children that provides on-site assistance to law enforcement agencies and families in cases of missing children, according to Onslow County Sheriff Hans Miller.

"We are so grateful for their expertise of organizing this volunteer search," Miller said Thursday of the program.

Additional resources were allocated to help conduct interviews and searches for the little girl, including boats from the North Carolina Division of Marine Fisheries as well as police canines and horses from neighboring agencies, Miller said. The search area is extensive and will expand to cover the entirety of Onslow County, Meador said.

Dive teams were searching Southwest Creek in Onslow County, Meador said, which is about 3 miles away from where the family lives, ABC Raleigh-Durham affiliate WTVD reported.

Earlier this week, Miller asked members of the community who were willing to comb through difficult terrain to meet at the Dawson Community Church Friday morning. The sheriff also advised potential volunteers that they need to be physically fit to endure four to six-hour searches, and to dress appropriate and bring snacks, water and identification for registration.

Mariah went missing from her Jacksonville, North Carolina, home after her mother put her to bed Sunday night, Mariah's mother, Kristy Woods, said, according to North Carolina ABC affiliate WCTI. Authorities said they would not confirm those details in order to protect the integrity of the investigation.

Miller said Wednesday he believed Mariah's disappearance was an isolated incident. On Thursday, the sheriff said figuring out what happened to Mariah was of the "utmost" importance.