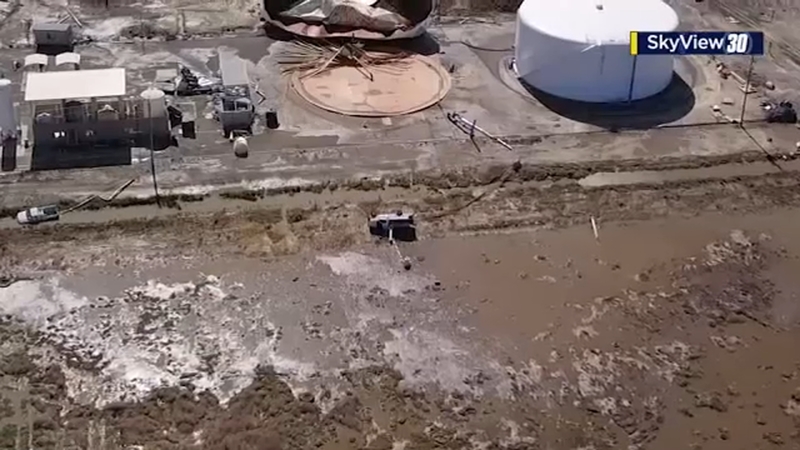 LEMOORE, Calif. (KFSN) -- Three days after a water tank exploded, killing one, injuring another, and significantly reducing Lemoore's water supply, restrictions are still in effect for the city's businesses and residents.

James Early isn't worried about watering his front lawn. He lets it go dry in the summertime anyways.

But he is a little more concerned about his keeping his vegetable garden alive.

"This is one of those situations where as a community, we kinda got to come together and make the sacrifices needed until the city can make the adjustments," Early said. "It's kind of a tragedy what happened, totally unexpected."

Since the incident at the Station 7 Water Facility, Early has noticed some small changes inside his home.

"Mostly water pressure," Early said. "It's not quite as strong as it was, but it's still usable, you know. We still are able to do some dishes and take showers and whatnot. My older kids live across town, they were saying their water was yellow and the water pressure was really low there."

On Monday, Lemoore's city council will consider approving a local emergency proclamation issued by the city manager on Tuesday, which includes an order to stop all outdoor watering.

The city manager says the golf course and cemetery run on their own water supply, so they can still turn their sprinklers on.

The grass on the West Hills College campus, meanwhile, will likely suffer.

The college ordered some portable bathrooms in response to issues with low water pressure.

The cause of Monday's explosion is still under investigation, and many, including Early, eagerly await more answers.

"It's water, how can it explode?" Early said. "So yeah I'm curious to see what the report is when it comes out, exactly what happened. Again, maybe something we can avoid in the future."

Lemoore's city manager says he hopes to get the other 1.5 million gallon tank back in operation by next week.