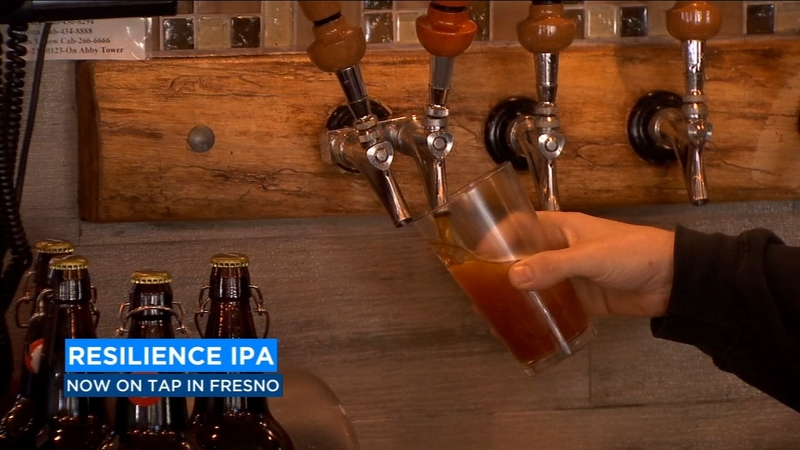 FRESNO, Calif. (KFSN) -- Calling all beer lovers: You have a chance to help the victims of the Camp Fire in Northern California -- by purchasing a drink or two.

At the end of November, the Sierra Nevada Brewing Company, based in Chico, did something rare for the beer business, they publicly released a recipe for a new beer called "Resilience Butte County Proud IPA."

As part of the deal, Sierra Nevada worked with suppliers to donate the ingredients to breweries, who would then make the beer, and donate all the profits from sales to the victims of the wildfire.

More than 1,400 breweries across the nation agreed to the project, including several in Fresno: Full Circle, House of Pendragon, Mad Duck, Sequoia, Tactical OPS, Tioga-Sequoia, and Zone 9.

On Monday, we stopped by the Sequoia Brewing Company where its version of the beer has just gone on tap.

Brewmaster Andrew Ford says it tastes a lot like Sierra Nevada's "Torpedo."
"It's a classic west coast IPA. Its got a lot of caramel notes and its got a lot of citrusy hops, centennial, cascade - nothing too out of the box. It's pretty classic. It's still a really good beer," said Ford.

Sequoia Brewing is hosting a "Resilience Night" this Thursday celebrating the new beer on tap.

All three locations - Tower District, Champlain and Perrin, and Downtown Visalia are participating.

They made about 210 gallons and expect it to last through the end of the month.