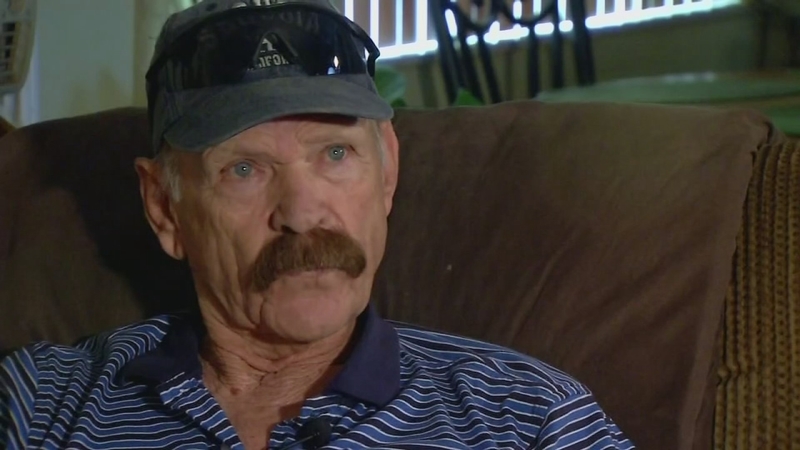 EXETER, Calif. (KFSN) -- Action News has uncovered new details about a man known as the "East Area Rapist," the "Original Nightstalker" and the "Golden State Killer."

Here in the Central Valley, he was known as the "Visalia Ransacker."

Investigators say Joseph James DeAngelo had a complicated history, including a job in local law enforcement.

Deangelo is believed to have killed a dozen people across California and raped more than 50 women in the 1970s and 80s.

But before that, police believe he committed burglaries and a murder in Visalia.

After his arrest, workers at the Sun-Gazette newspaper in Exeter dug up an old edition: August 22, 1973.

On the front page, a picture of 27-year-old police officer James DeAngelo Jr., announcing his hiring in May of that year.

When DeAngelo, a Vietnam veteran, joined the force, Ward remembers not liking him.

He was nice enough, Ward says, but kept to himself, and seemed highly overqualified to be working for such a small police department.

Ward helped Visalia Police look for the man who shot at one of their detectives in December of 1975.

That suspect, dubbed the Visalia Ransacker, is believed to have burglarized about 100 homes in Visalia and killed Claude Snelling, a College of the Sequoias professor.

Ward says they worked together at Exeter Police for three to four years, and then DeAngelo left for Auburn Police.

They didn't stay in touch.

"He outsmarted everybody for 40 years," Ward said. "So with his education and his experience in law enforcement, he kind of knew what the next step was going to be with the police department. He had to know he had so much time to get in and get out, he would probably know the response time of the police department."

Ward isn't the only one who knew DeAngelo while he lived and worked in Exeter.

His sister still lives in town.

On Thursday, she declined an on-camera interview request.

"It's just kind of such a shock," she said. "You don't know how to react except...all these emotions are just too much."

DeAngelo is charged with eight counts of murder and is scheduled to be arraigned Friday.

The Tulare County District Attorney's Office says if police in Visalia make a positive link between DeAngelo and the murder of Snelling, they would review the evidence and make a determination on whether or not to charge him.

Besides that murder, Visalia Police believe DeAngelo is responsible for at least 100 home burglaries and is the Visalia Ransacker.