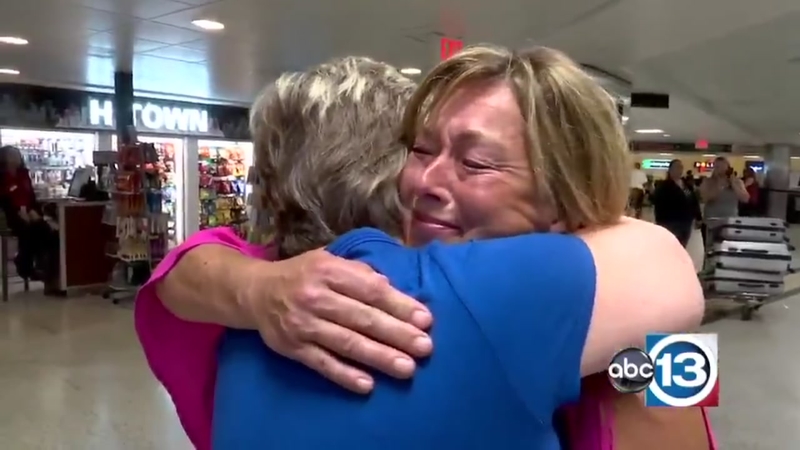 DNA at Ancestry leads to emotional mother and daughter reunion

HOUSTON, Texas -- A Houston woman was reunited with her biological mother Thursday for the first time in 49 years. The emotional embrace took place inside Hobby Airport.

Elaine Nutefall and Marcy Reynolds met at baggage claim. Reynolds flew into Texas from Massachusetts. At the age of 16, Reynolds made the difficult decision to give up her daughter for adoption.

"It was a hard choice, but it was the right choice," said Reynolds. "I looked probably 40 years and very hard. I spent money to try to find whoever was born on her birthday within 175 miles of where she was born."

Late last month, a DNA test on Ancestry.com led to a match. The mother and daughter soon talked on the phone and decided to meet each other.