Ricardo Garcia faces more than a dozen felony charges, including burglary, evading a peace officer, committing a felony while out on bail and probation violations.
KFSN 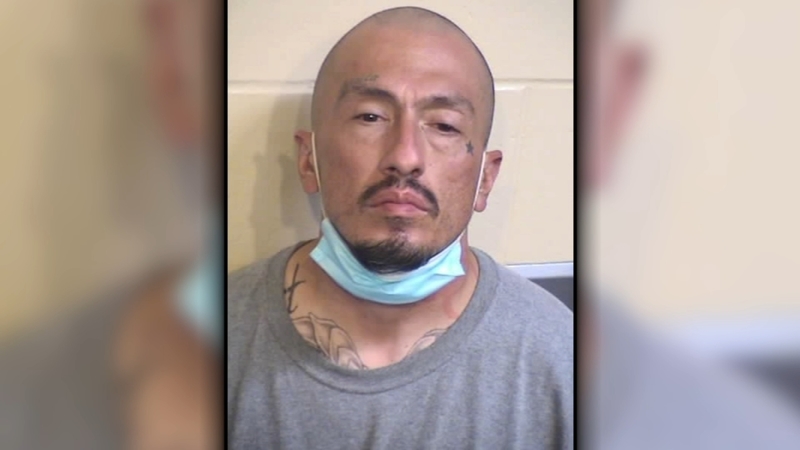 FRESNO, Calif. (KFSN) -- The Fresno County Sheriff's Office has arrested a man who they say has repeatedly robbed different schools in the area over the last few years.

Deputies arrested 42-year-old Ricardo David Garcia of Fresno on Saturday, not long after he and another man allegedly broke into Sun Empire Elementary School in Kerman and stole dozens of laptop computers.

Garcia faces more than a dozen felony charges, including burglary, evading a peace officer, committing a felony while out on bail and probation violations. The sheriff's office says he currently has eight active probations to his name.

Garcia was last arrested on February 27th this year for allegedly robbing Fairmont Elementary School in Sanger a few days before. The sheriff's office says he broke into two classrooms and stole 47 iPads, cases and headphones, causing an estimated loss of $37,000.

Garcia has already served a two-year sentence at the Fresno County Jail for breaking into seven schools, seven churches, and one commercial warehouse and stealing TVs, desktop and laptop computers between March and August in 2015.

Deputies could not find any of the laptops inside Garcia's car, so they believe the suspects discarded the laptops in some of the surrounding fields. The sheriff's office is asking property owners or workers to contact them if they find any computers.