Searchers combed river in Sierra foothills for girl swept away 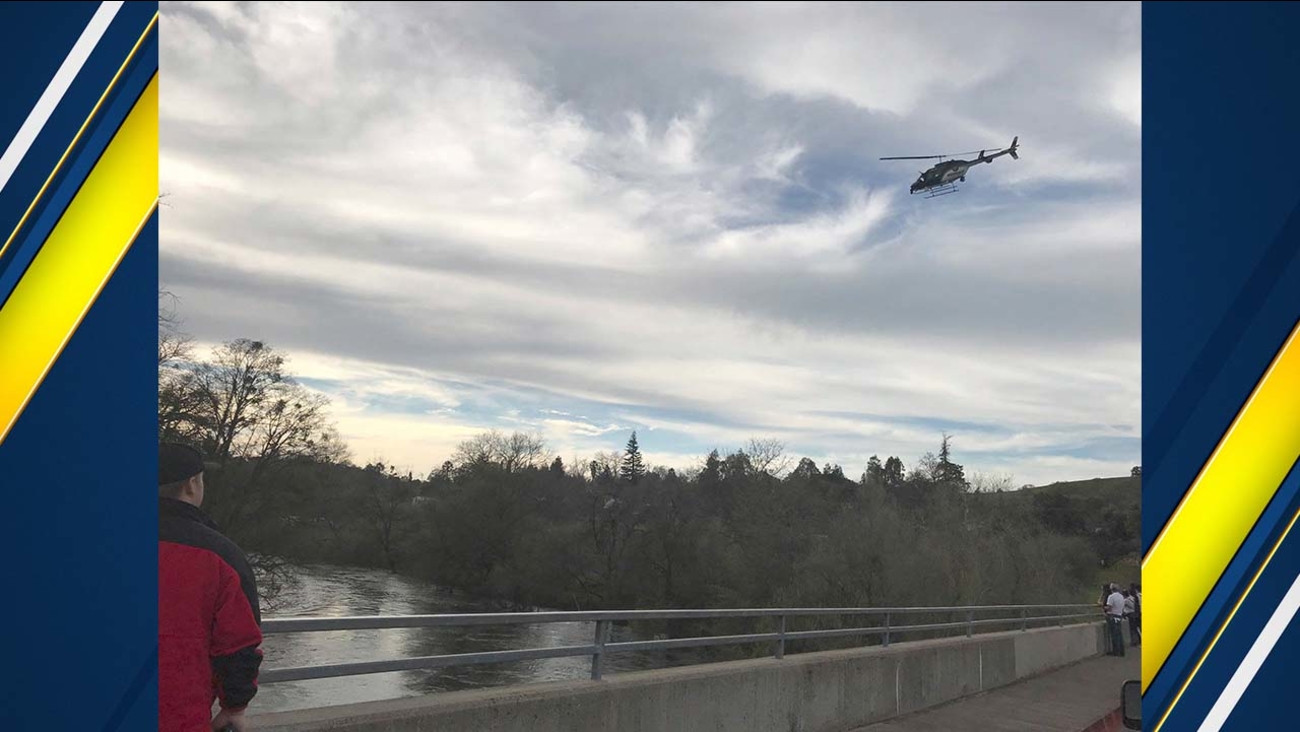 SAN FRANCISCO -- Searchers combed a river in the Sierra Nevada foothills for a little girl swept away during the weekend, a man was found dead in a river northeast of Sacramento, and two people were rescued in Los Angeles Monday, putting a focus on dangers resulting from California's exceptionally wet winter.

The 5-year-old girl slipped off rocks and fell into the Stanislaus River around 5 p.m. Sunday at Knights Ferry, a sprawling recreation area.

The girl's mother, Marissa Vasquez, said that Matilda Ortiz has autism. On Monday, Vasquez and several friends and relatives walked along the river searching for the girl. Vasquez pleaded with the public for help.

"She is a 5-year-old and she is not aware of dangers. If anyone could just please come help us, it would be much appreciated," a sobbing Vasquez told The Modesto Bee.

Sheriff's Deputy Royjindar Singh said Matilda was with her father at the time of the accident and that he jumped in, but began to struggle. A bystander briefly had a grip on the girl before she was swept away, he said.

The river, which plunges out of the High Sierra through rapids and canyons toward the San Joaquin Valley, was flowing in the area at a rate of more than 4,000 cubic feet per second (113.3 cubic meters) Monday morning, according to the California Department of Water resources.

Search teams on Monday found the body of a man who fell into the rain-swollen American River northeast of Sacramento over the weekend, the Placer County Sheriff's Office said. Investigators believe Andy Odon Ortega Fonseca, 23, was taking photos along the bank when he slipped and fell Sunday evening.

A barrage of storms this winter has dumped huge amounts of rain on California and coated the Sierra and other ranges with snow. Yosemite National Park warned last week that as spring temperatures warm, significant snowmelt will fill rivers and streams.

"This cold and swift-moving water poses a potential hazard to park visitors," a Yosemite official said in a release.

To the south, a man and woman were pulled from the water around 12:30 a.m. after being swept down the Pacoima Wash, part of the tributary system of the Los Angeles River in the San Fernando Valley.

"One patient called 9-1-1 from in the water and spoke with dispatchers while moving down river," a Los Angeles Fire Department statement said.

The 21-year-old man and the 18-year-old woman were able to grasp a wall, and a firefighter lowered by harness from an aerial ladder was able to reach them.

Both were taken to a hospital but neither appeared to have serious injuries, the department said, noting that it was unknown how they ended up there. They were not identified.

California's rivers and streams can flow at a lazy pace or a trickle for during drought years and then roar to life when storms finally arrive. Numerous drownings occurred in spring 2017 after the last wet winter.

The state is expected to get more rain and snow during the week.