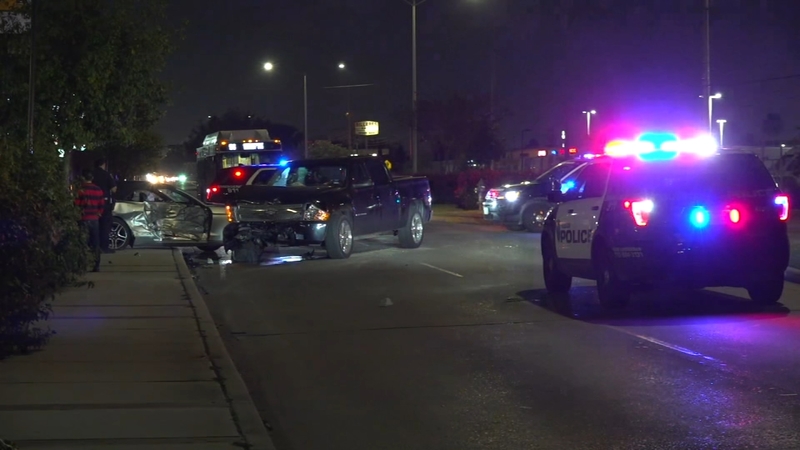 Witnesses say the incident began when a blue Honda was being chased by a white sedan.

The driver of the blue car got into crash with a white pickup truck while trying to get away from the white sedan.

After the crash, police say the suspects in the white sedan got out of their vehicle and walked over to the blue car, opening fire on the vehicle and victim with a shotgun.

This caused a witness in a blue truck to speed away, crashing into a silver Mustang in the process.

Police have yet to find the driver of the blue car.

They say it is possible the suspects in the white sedan kidnapped the driver.

"There's evidence that suggests that he has been injured, but we are trying to determine whether or not he is with the one to three suspects who were chasing him," said Detective E. May with HPD Homicide.

Witnesses say they heard up to five shots after the blue car crashed.