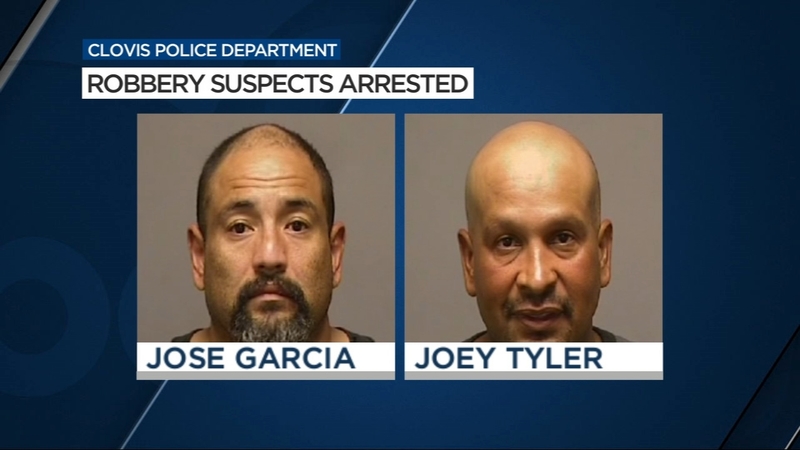 On March 18, police say the woman reported that her purse was stolen after being kicked in the stomach at a Shell gas station at the intersection of Willow and Nees.

Police were able to use a camera to find the suspect's car and discovered that the car had been stolen. They also found that the woman's credit cards were being used shortly after the robbery.

Detectives say Tyler still had the stolen car and one of the woman's credit cards when he was arrested.

Both were booked in the Fresno County Jail for robbery, assault with a deadly weapon and conspiracy. Tyler was also booked for the stolen car and for violating parole in connection to an armed robbery in 2013.