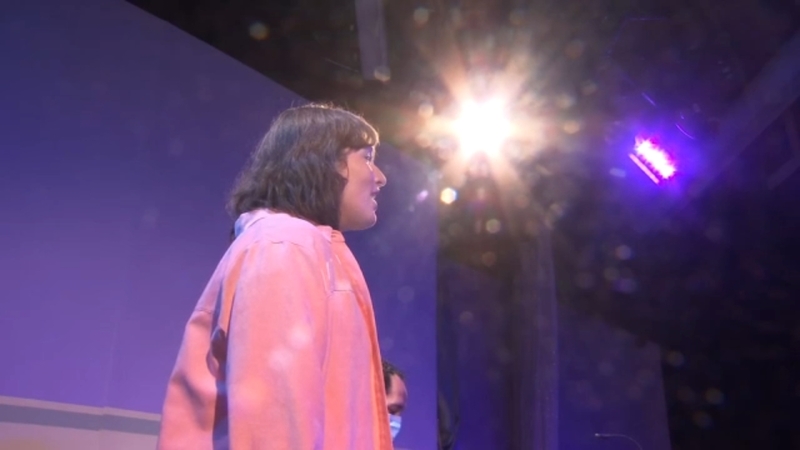 FRESNO, Calif. (KFSN) -- The local performing arts community is buzzing with excitement after getting the green light from the state to resume live performances again.

"There's just something electric about the energy in a room where there's an audience and performers and everyone experiencing the same emotions and hearing the same music. There's nothing like that," said actor and singer Meg Clark.

Meg can't wait for the curtain to rise but admits to feeling a bit rusty after more than a year of not performing.

"The connection between the performers and the audience, just that energy exchange. Just sitting at home for 13 months you don't get that connection," said Clark.

For most local artists, Friday night's showcase at Roger Rocka's will be their first performance in front of a live audience since the pandemic began.

The dinner theater is offering a look back at some past performances followed by singing from members of the Good Company Players.

"We're going to be looking at a lot of friends in the audience and hearing our performers perform one at a time but still performing live," said Good Company Players Managing Director Dan Pessano.

Shawn Williams has been waiting for the reopening since his performance in Something Rotten was forced to shut down last March.

Work is still being done to get the theater COVID-compliant but organizers say it'll ready by showtime, and attendance will be limited to just over 40% of capacity.

Meantime, the kitchen staff is also looking forward to the bright lights with a full list of menu items and entrees.

"Historically you flash back to those important dates and April 23rd is going to be a very important date because it'll look like the date that we actually survived," said Pessano.