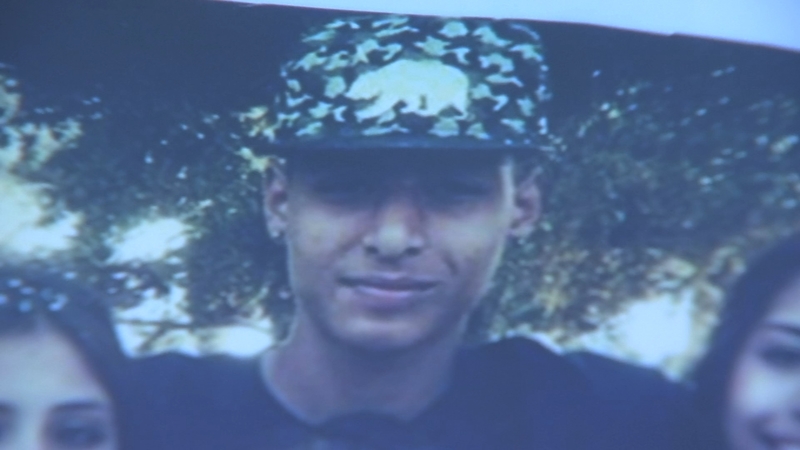 FRESNO, Calif. (KFSN) -- It's been almost three and a half years since a deadly crash involving a California Conservation Corps van and a cement truck.

The accident killed three people outside of Reedley and we're learning one of the only surviving passengers has died.

"His whole life was taken from the crash he was not able to do anything but he was still there he was still alive."

As she fought back the tears, Madeline Cruz described the moments she found out her brother, Ronnie Cruz, would never speak or walk again.

"You don't think something that bad can happen from a wreck then we went to the hospital. Then we found out what happened," said Madeline.

The crash happened February 2, 2016, at the intersection of Buttonwillow and south near Reedley.

Ronnie was one of six California Conservation Corps workers in a van that pulled into the path of a gravel truck.

According to CHP reports, the driver didn't see the oncoming truck that didn't have a stop sign.

Cruz, 19 at the time, still had a pulse but was in a comatose state for several months before being transferred to a care facility.

"He was just going to work to take care of his family like we all do and due to somebody else's one dumb mistake he lost his life," said Madeline.

Now, just a month before his 23rd birthday, Madeline and her family are planning his funeral.

"He was our only brother the oldest out of all of us the only man that we really had in our life due to our dad passing when we were kids," said Madeline.

Cruz was less than a month into his first job.

The teen was working to get his GED through the conservation corps but ultimately joined because of their wildland firefighting program, combining his love of the outdoors and serving others.

"The week of his accident is when he graduated so he didn't know that he graduated but a few days before that he did," said Madeline.

A spokesperson for the California Conservation Corps released a statement expressing their appreciation for his service and that he'll always be remembered.