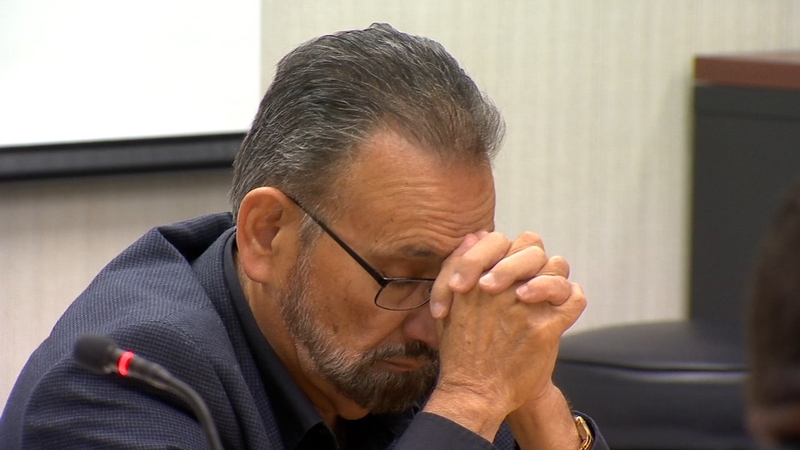 FRESNO, Calif. (KFSN) -- Video shows a FAX bus hitting and killing a pedestrian, then driving away, but the driver is hoping to minimize his criminal conviction.

A judge could decide as soon as Tuesday whether the former bus driver should stand trial for manslaughter and hit-and-run.

"I saw a pedestrian that was crossing the street in a crosswalk walking southbound across Shields and get struck by a city bus," said Detective Edward Jansen of the Fresno Police Department.

The bus turned left, hit Javier Silva as he legally crossed the street, and then just kept going.

Jansen saw Silva's body on the wet road at Fruit and Shields and found the video leading to Rudy Alderette.

He questioned the bus driver, then arrested him for felony manslaughter and hit and run.

"He was visibly shaken," said Jansen. "I think he had a few tears."

"And he was visibly shaken when you told him he had killed someone, correct?" asked defense attorney Marc Kapetan.

Kapetan is arguing his client is only guilty of misdemeanor manslaughter because of an honest mistake while driving.

He focused Jansen on his interview with Alderette, who insisted all along he never saw Silva.

"His statement was consistent that he only ran over a box of pipes," Jansen said.

Alderette stopped to inspect his bus 10 minutes after the crash and four miles away at Shaw and Valentine.

Police acknowledge it might've still been dark when he looked and there wasn't much damage for him to see.

Alderette stopped again an hour later, and made a phone call three hours after the crash.

He reached out to FAX dispatch asking to talk to a supervisor about what he called a "personal problem."

Soon after, a FAX computer specialist found video from the eight cameras on the bus itself showing the collision.

"I saw a bus turning and running over something," said the specialist, Juan Sanchez.