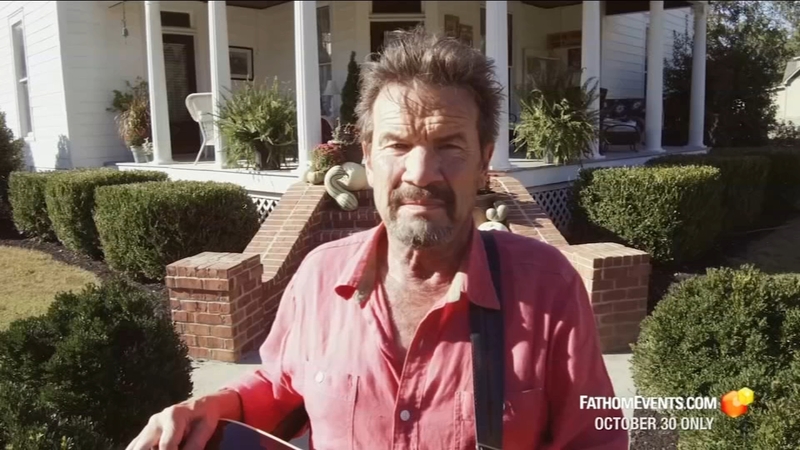 FRESNO, Calif. (KFSN) -- The remarkable life, career and dark secrets of Gospel great and Valley native are the subject of a new movie.

The voice of Russ Taff is one of the best known and most beloved in contemporary Christian music.

He's won numerous awards including six Grammys and he's a member of the Christian Music hall of Fame.

Despite his decades of success, Taff hid his battle with shame and depression, all forged from the trauma he suffered at the hands of his alcoholic father and abusive mother while growing up in Farmersville.

He carried those physical and emotional scars into his adult life.

"I win Grammys and go back to the hotel room and within 30 minutes the joy was over because I'm not worth it and I'm a fraud.," said Taff. "They're going to find out that I shouldn't be here and you really couldn't enjoy anything because you really didn't respect yourself at all."

In order to drown out those negative voices in his head... Taff turned to alcohol and developed the same addiction that consumed his father.

The booze numbed the pain and everything else in his life.

He went in and out of rehab until he finally hit rock bottom.

"I was just right at the brink, Warren, of losing everything," Taff said.

Taff says thanks to his friends and family and his faith in a higher power, he took those first steps in the right direction to heal and sobriety.

His struggles and the long road to recovery are the focus of the new movie "Russ Taff: I Still Believe".

Taff wants people who see the movie to leave the theater knowing there is a way to freedom, peace, and happiness once again.

"You know, here's a guy that was a gospel singer and caught in a trap that was killing him and he found a way out," Taff said.

Russ Taff still has many friends and family members here in the Central Valley and he hopes they'll go see his new movie.

"Russ Taff: I Still Believe" is playing for one night only, Tuesday night, October 30th in nearly 600 theaters nationwide.