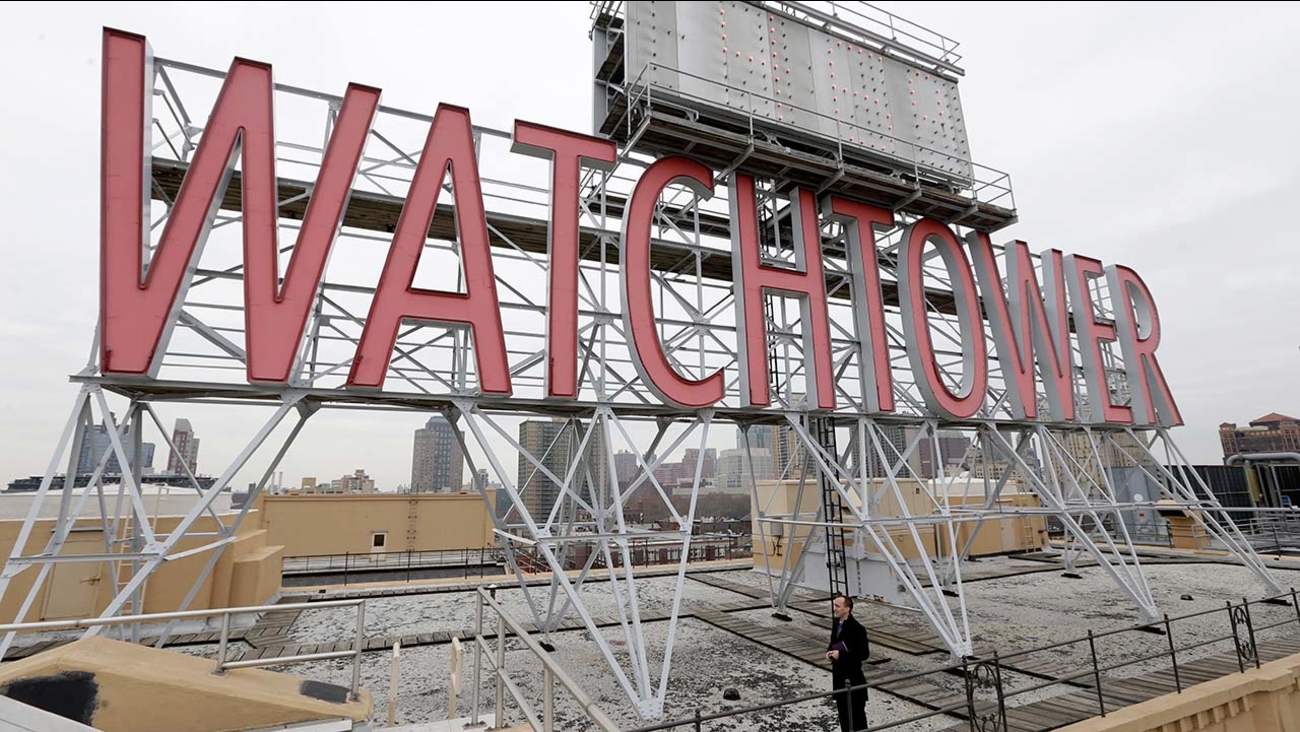 Watchtower sign is seen on the roof of 25-30 Columbia Heights, the current world headquarters of the Jehovah's Witnesses, in the Brooklyn borough of New York. (Seth Wenig)

MOSCOW -- Russia's Supreme Court on Thursday banned the Jehovah's Witnesses from operating anywhere in the country, accepting a request from the justice ministry that the religious organization be considered an extremist group.

The court ordered the closure of the group's Russia headquarters and its 395 local chapters, as well as the seizure of its property.

The Interfax news agency on Thursday quoted Justice Ministry attorney Svetlana Borisova in court as saying that the Jehovah's Witnesses pose a threat to Russians.

"They pose a threat to the rights of the citizens, public order and public security," she told the court.