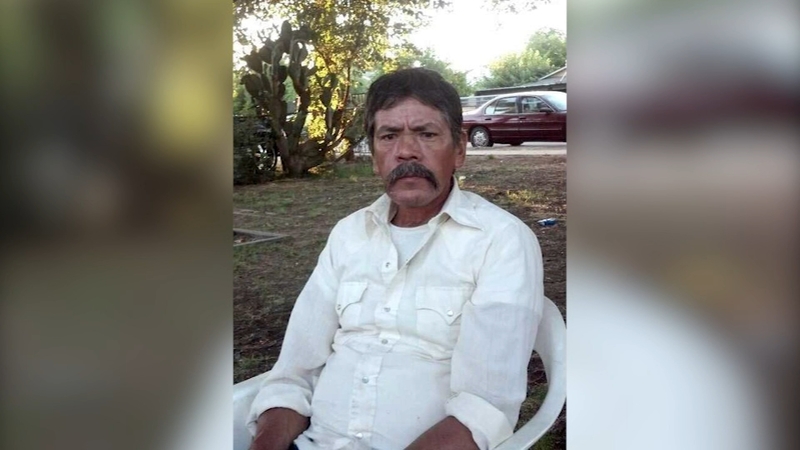 FRESNO, Calif. (KFSN) -- Sabas Ruiz Galaviz died Tuesday, more than a week after a van ran him over at a taco truck in east central Fresno.

The family of Galaviz spoke with Action News about the loss.

"I'm going to miss seeing him when I get home, because we all live here as a family. I am going to want to go visit him, to see how he's doing. But he's not here anymore," said Santiago Rojo Ruiz, Galaviz's cousin.

Rojo Ruiz says Galaviz was a man who kept to himself and was the sole provider for his two sisters, who live in Mexico.

"This is going to affect them a lot because he was the one who helped them, it's affecting them now," said Rojo Ruiz.

On October 9, police said Rolando Alvarenga-Aguilar drove his van into the crowd of people, then ran from the scene. Police suspect he was under the influence of alcohol.

Alvarenga-Aguilar is facing eight charges, including DUI and murder. He has pleaded not guilty.


"He is going to pay for the accident. Drinking and not having the power to stop ends up in a tragedy like this," said Rojo Ruiz.
Initially the police said they could not charge Alvarenga-Aguilar with DUI because he fled the scene and officers didn't catch up with him until hours after the accident. The Fresno District Attorney's office tells Action News it cannot speak specifically to Alvarenga-Aguilar's case, but in general after review of evidence, it charges what it believes to be supported by available evidence.

That night, eyewitnesses told police they saw Alvarenga-Aguilar run away from the van with an open beer can. Officers also said they found a 12-pack of empty beer cans throughout the van.

Ruiz says they cannot afford to send his cousin's body across the border so they will bury him here in Fresno. They've created a GoFundMe page to help support the victim's family.

He said he feels for the suspect's family too, since they are all suffering now.


"I feel very sorry for what happened and I hope God helps him," said Rojo Ruiz.

Alverenga-Aguilar is expected back in court in mid-November.

NOTE: The video above says that the GoFundMe page is to pay for the victim's funeral. That is incorrect. It actually helps support the victim's family. We apologize for the error.