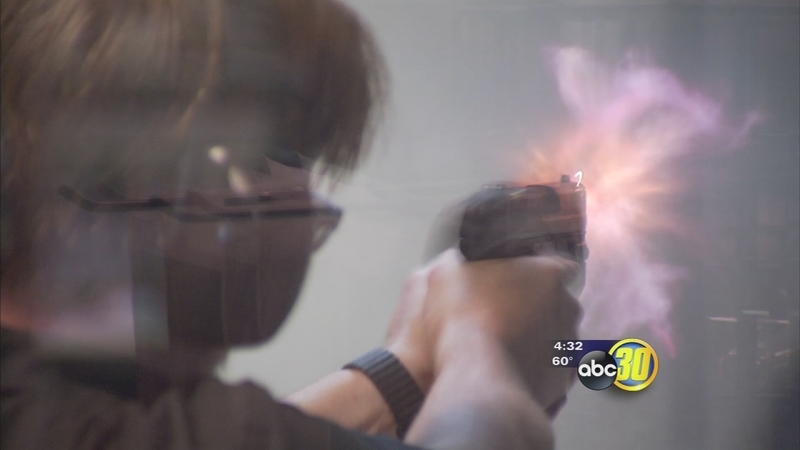 FRESNO, Calif. (KFSN) -- The San Bernardino tragedy has caused a surge in the number of people inquiring about gun ownership.

The spike has been noticed in many parts of the US including here in the valley. The Range in northwest Fresno drew an overflow crowd at a concealed-carry weapons permit class Thursday night. A class which might bring in 20 people drew over 100 people. Many had to be turned away

The lunch hour drew a large crowd at The Range. Many took in some target practice while others were learning how to shoot a gun for the first time. Corrections academy instructor Todd Dearmore said the attack in San Bernardino caused an instant spike in gun ownership interest. Dearmore explained, "I think it has a huge impact on the psyche of America altogether. We're starting to see these attacks increase."

The increased interest in guns and ammo could push The Range past holiday sales targets. New customers were more interested in handguns rather than the rifles. But the large turnout for a concealed-carry weapons permit class was a surprise. Dearmore said, "We had to turn some people away. Obviously there is a big interest in protecting themselves."

As well as protecting the community after this latest mass shooting.

Retired US Marine Ralph Salazar was now training to work security but planned to eventually enter the police academy. Salazar said, "A lot of that is heart-breaking. I see that and I generally feel pain emotionally. Those are innocent people. They shouldn't have to have suffered like that."

Demand for concealed-carry permits was also up in other parts of the country. People lined up outside the Allegheny county sheriff's office in Pennsylvania.