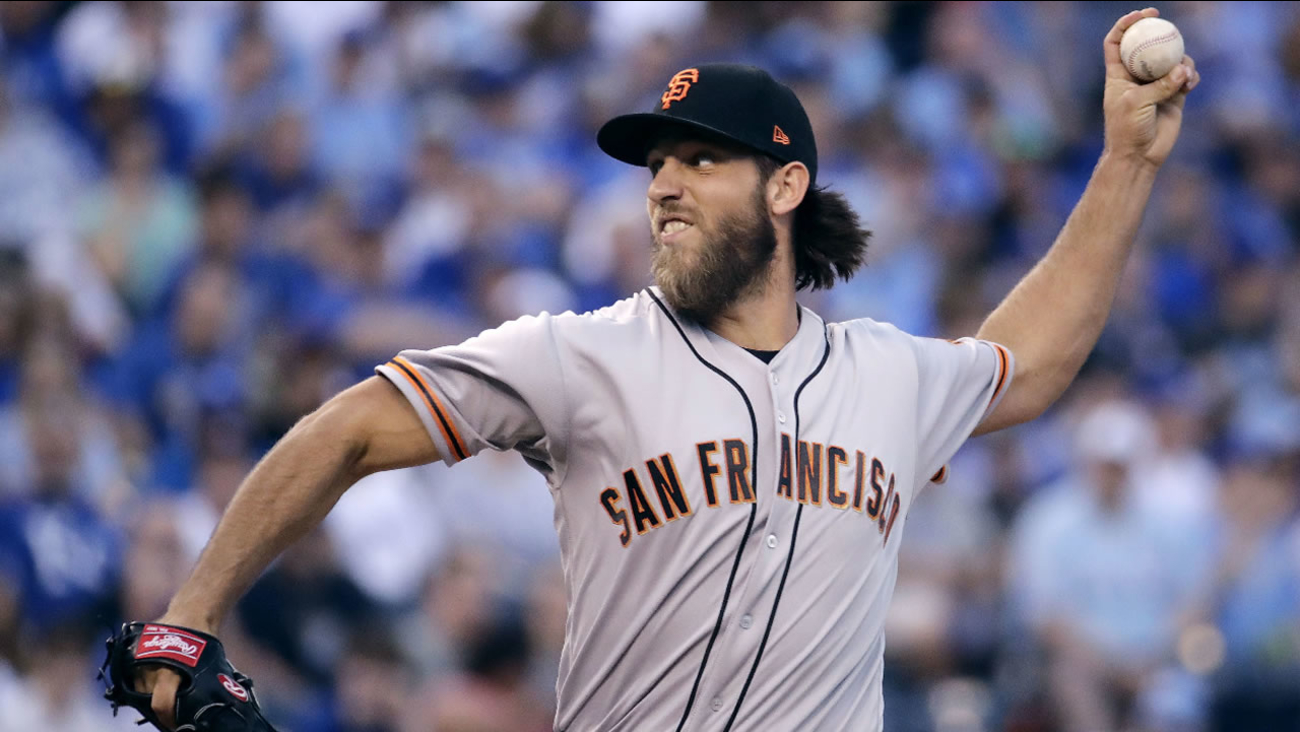 Madison Bumgarner throws during the first inning of a baseball game against the Kansas City Royals on Wednesday, April 19, 2017, in Kansas City, Mo. (AP Photo/Charlie Riedel)

SAN FRANCISCO -- Giants ace left-hander Madison Bumgarner has been put on the disabled list for the first time in his big league career after a dirt bike accident that sent him to a hospital with bruised ribs and a sprained joint in his pitching shoulder.

San Francisco placed him on the 10-day disabled list Friday, a day after the accident occurred on an off day in Colorado. The Giants said Bumgarner is out of the hospital and resting at the team hotel. He is scheduled to be re-evaluated next week.

RELATED: Buster Posey back in Giants lineup as designated hitter

Bumgarner has received just five total runs of support in his first four starts, including one run or none in three of them - and he homered twice to drive in two of those.