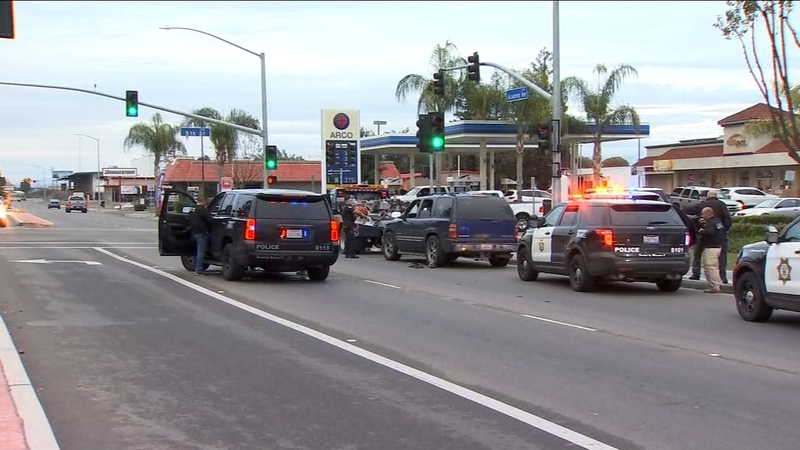 Police say Luis Cantu rammed into two Sanger Police cruisers on 7th street this afternoon as officers responded to a disturbance. He then started driving at speeds of up to 100 miles an hour, going through Parlier and Reedley. Officers eventually boxed him in back in town near a Starbucks - in front of a crowd of onlookers. They say luckily nobody was injured during the chase.

"They kind of surrounded him in the truck in front of the car wasn't moving. At that time a female police officer has him at gun point and other officers pulled him out. And streets were safe after that," said Christopher Anaya.