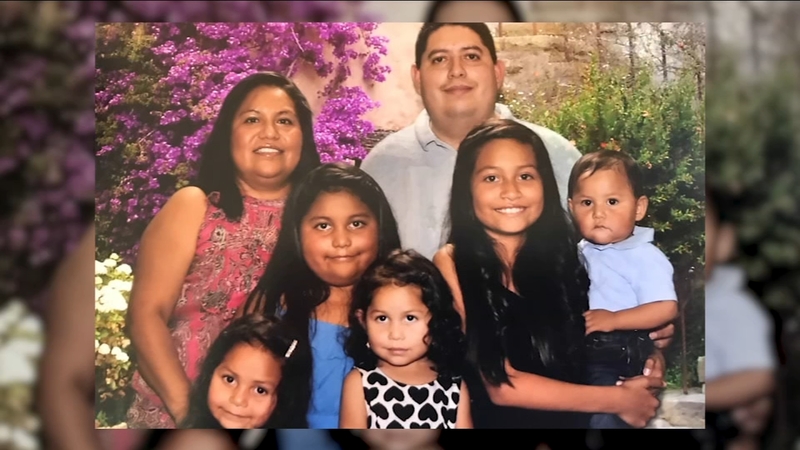 FRESNO, Calif. (KFSN) -- A Fresno County community is mourning the loss of a friend and FoodsCo manager who touched the lives of many.

Still trying to process last week's events, Nancy Cortes remembers the moments she found out her brother-in-law was killed in a car accident.

It was just after 5 a.m., October 8th, when FoodsCo Store manager Refugio Escobar was driving on Interstate 5 heading to the Bay Area to help out at a store in Richmond. While passing through Tracy, his and another pickup collided. According to accident reports he was trapped in the car before being taken to a nearby hospital where he later died.

"His wife is just devastated and the kids are trying to be strong but I know their hearts are broken just like mine is broken their hearts broken," Regufio's sister Amparo Rodriguez said.

The husband and oldest of six leaves behind five children ages seven to 18.

Clinging onto their faith the Sanger native's family says though they're devastated they're at peace knowing he's with God.

"He was just open to help and he had the biggest heart ever," said Rodriguez.

Eddy Rowley knows Refugio as 'Fugie' and says he was more than a family man.

"The stories go on and on about the person he was, he was just put on this earth to give those love and help us learn how to love," said Rowley.

Throughout their 15 year friendship, he watched as Fugie took care of employees and even turned customers into lifelong friends ad 49er faithful.

"He said I'm going to take you to your first game he surprised them with 2 football tickets and took them to tailgate," said Rowley.

Eddy says he plans to honor his friend by giving back. The GoFund me page he created for Fugie's family speaks to the lasting legacy he plans to carry on.