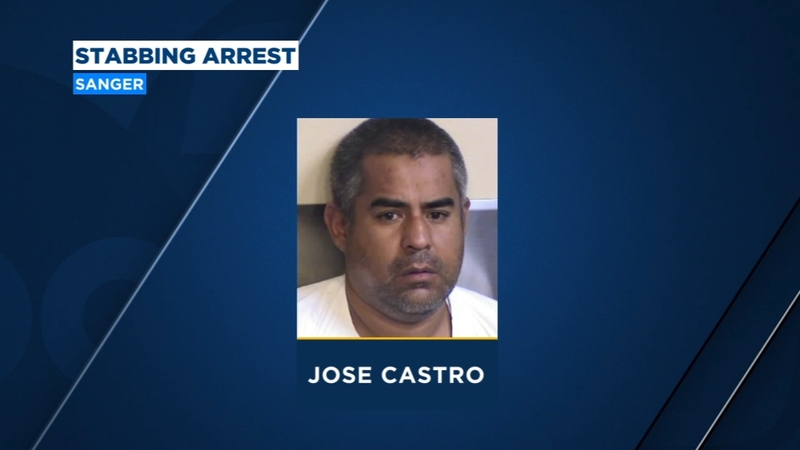 FRESNO, Calif. (KFSN) -- A woman has been hospitalized with life-threatening injuries after a stabbing in Sanger Monday afternoon.

The Fresno County Sheriff's Office says it happened around 1 p.m. when a 70-year-old woman was watching Cal Fire crews put out a fire.

While the woman was watching, investigators say 46-year-old Jose Castro stabbed the woman in the chest. Two family members chased Castro down the street and held him down until authorities arrived.

Investigators added that the woman is the mother of Castro's brother's girlfriend. They say the two were together at some point on Monday before the stabbing occurred.

The woman's condition is unknown at this time.