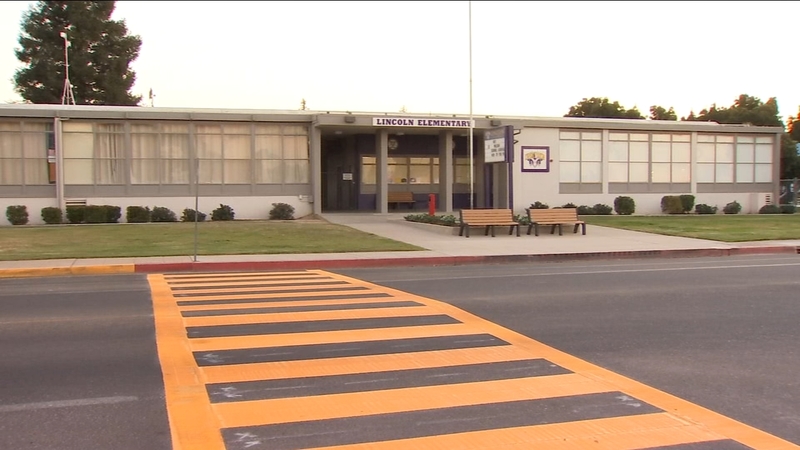 FRESNO, Calif. (KFSN) -- The Sanger Unified School District is now warning parents about an attempted kidnapping that happened at Lincoln Elementary on Tuesday.

According to the district, a student was finishing practice and waiting to be picked up when two Hispanic men in a blue/teal car tried to lure her into the vehicle.

The school district says the men told the girl they knew her mom and could take her home. The student asked the men if they knew her last name, which the men did not, so she ran back onto campus. She is safe and attending school as usual.

Officer Jorge Fernandez with the Sanger Police Department says now's the time for parents to have conversations about safety with their kids.

The district was also made aware that this same situation might have happened in Parlier in recent days.

Araceli Herrera has a daughter the same age as the girl in the police report.

She was unnerved to learn that as the 10-year-old waited by the curb for pickup Tuesday, a teal colored car rolled up to offer a ride.

"You hear it happening in other areas, the state, the country now it's at a school in my daughter's school district. it makes me a little nervous," said Herrera.