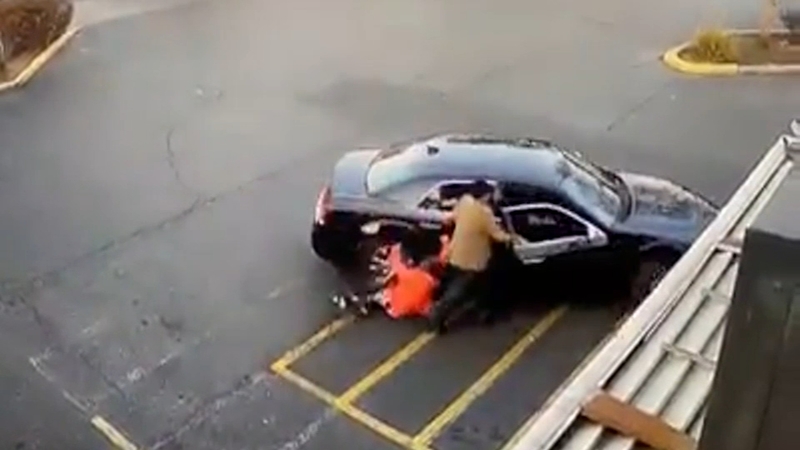 FRESNO, Calif. (KFSN) -- The woman in the security camera video did not want to show her face or use her name.

She says while at the Asian Supermarket in southeast Fresno last week, a couple in a black car asked for directions to the hospital.

Their conversation was unfolding, and the woman was pointing towards the hospital. The victim walks closer to the car after the suspects offered to thank her for directions.

That's when a woman in the car shows the victim a necklace, gets out, kisses her on the cheek and tries to put a necklace on the victim.

At the same time, the suspect puts the necklace on and she snatched the chain the victim was wearing.

In the video, you can see the victim lunging towards the car.

She was able to hold on tight and get her necklace back as the driver starts to make a getaway, knocking the victim to the ground.

She was not seriously injured.

Fresno Police say this incident is similar to others across the area and state.

Police are not sure if the suspects are the same in every case.

Investigators say they have been hard to track down because they don't stay in town long.

The Asian Supermarket is now putting up fliers to try to catch the crooks and warns customers to be more alert.