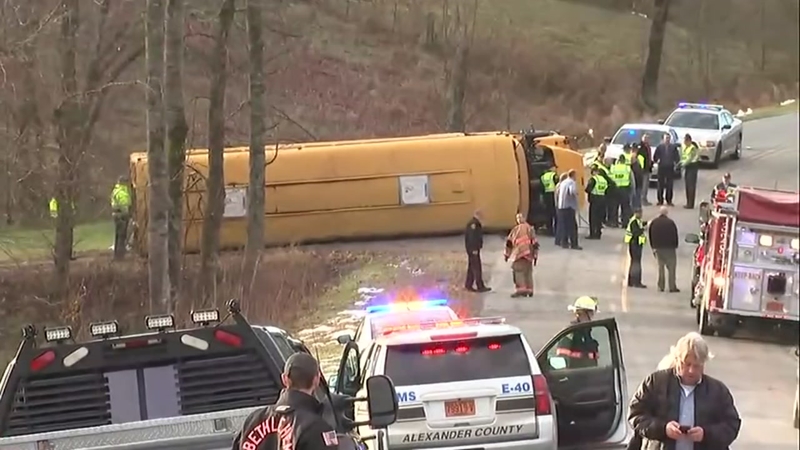 ALEXANDER COUNTY, N.C. -- A woman is facing charges after 13 students were injured Monday morning when a school bus overturned in Alexander County.

The crash happened just after 7:30 a.m. on Icard Ridge Road.

According to authorities, the school bus was transporting West Alexander Middle School children when the collision happened about three-tenths of a mile south of the school.

According to the initial investigation, a Toyota was traveling south on Icard Ridge Road, crossed the centerline and collided with the school bus.

The bus continued off the roadway and overturned.

The driver of the Toyota, 56-year-old Kimberly Ann Austin, of Taylorsville, was transported to Frye Regional Medical Center.

Officials said there were 19 children on the school bus. Thirteen of those 19 children, as well as the bus driver, were transported to various hospitals.

Twelve of the children's injuries were minor and one child was listed in critical condition. There were six children who were not injured in the accident and were taken to the school.