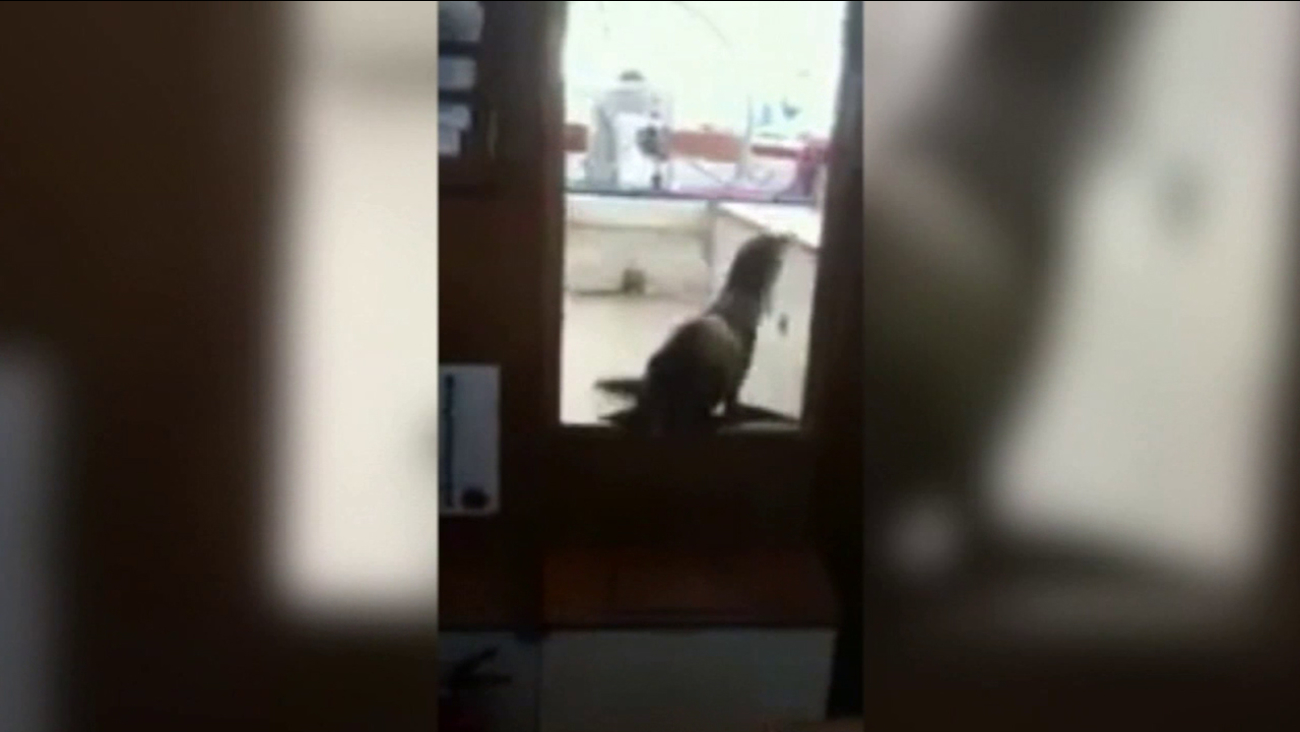 A San Diego boat owner shoos a baby sea lion off his vessel.

SAN DIEGO, Calif. -- A San Diego boat owner got the surprise of a lifetime when he woke up to find a baby sea lion sleeping on the bunk next to him!

At about 2:30 a.m., Michael Duffy woke up to the sound of snoring. He looked around, didn't see anything and it went away. He figured maybe a friend had crashed for the night in his boat, which is docked at the Yacht Club.

About four hours later, he woke up to a sneeze and more snoring.

"Right there, curled up, just like a dog, on one of my bunks was a tiny, little baby sea lion," Duffy said.

Duffy woke the pup up and shooed him out of the boat.

"He followed my instructions like a dog," Duffy said. "Then every once in a while he looks back and he didn't look like he wanted to leave."


Tap to watch on the News app.