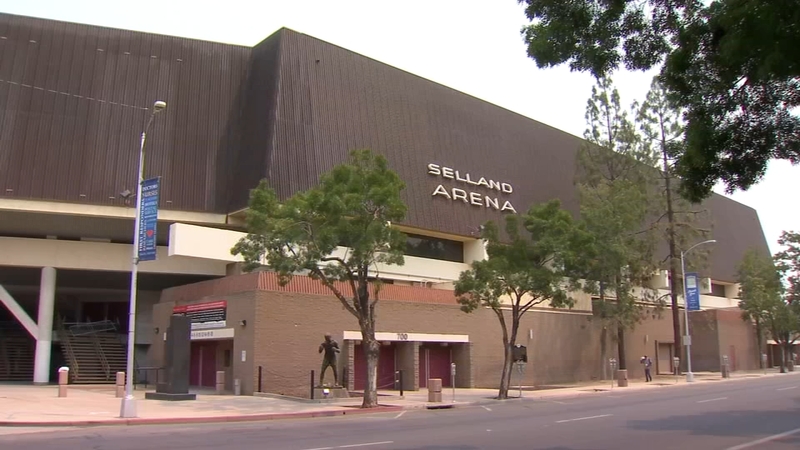 FRESNO, Calif. (KFSN) -- The city of Fresno has a second proposal on the table for new development at Selland Arena and that entire block of downtown.

At 55 years old, Selland Arena apparently looks better than ever to potential buyers.

The second team to go to city council with a proposal to buy the arena, Valdez Hall, and maybe more is Sonnenblick Development.

The L.A. developer is also known for retail, residential, and hotel resorts.

Right now, it's in the middle of a $500 million project in Coachella Valley, including an 11,000 seat arena.

It could provide a blueprint for an updated Selland now that they've turned their eyes to the Central Valley.

"We've identified Fresno as a marketplace where we are really focused on investing our capital," Sonnenblicvk said Thursday via Zoom at a city council hearing.

Council members say Sonnenblick is willing to make $16 million in renovations to the property -- modernizing it, and working with venue operator Live Nation to give downtown an equal to the Save Mart Center.

"We think the assets -- Valdez, Selland, and even Saroyan if and when it is excessed -- would be in better hands if operated by private, entrepreneurial ownership," Sonnenblick said.

Sonnenblick also has plans to buy the Saroyan Theater when it becomes available and is considering investments at the Fresno Fairgrounds and the former University Medical Center.

The Central Valley Fuego ownership also wants to buy the Selland Arena and Valdez Hall to build a soccer arena.

Bob Sonnenblick says his team loves the idea of bringing soccer and wrestling to the arena.