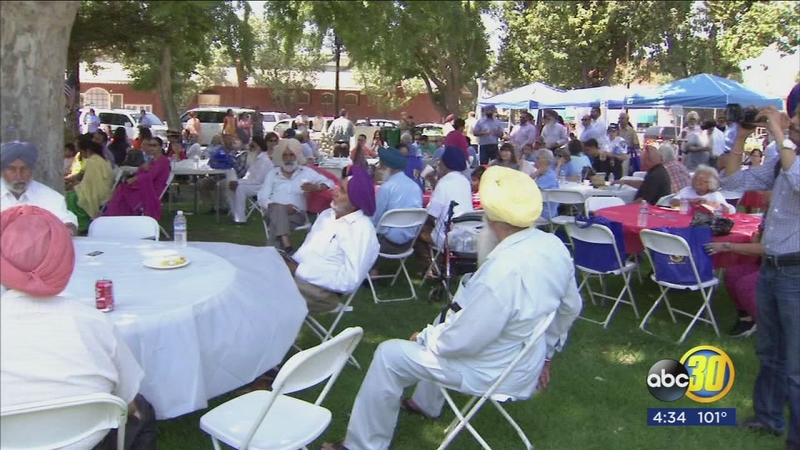 SELMA, Calif. (KFSN) -- They are your neighbors, your doctors, your leaders in the community, but not always treated like equals.

"It makes you sad and kinda makes you feel judged when you're out in a crowd," said Ruby Sran, Fresno State student.

Sran is a Sikh-American, a Fresno State student who has faced her share of discrimination. Growing up she was teased and the Sikh-boys in her class, often called terrorists for wearing turbans.

"That's not even where we come from, we're Sikhs, our religion preaches peace and one of the biggest things our religion teaches us is that we're all fruits from the same tree."

Sran passes those values down to the kids on her dance team. They deal with the same things, but not here. At a park in Selma, a movement is underway to promote tolerance and religious freedom.

"We just want our neighbors to understand who we are," said Jaswant Bal, member of Sikh community.

Awareness is key, because the fear of what is different has led to violent hate crimes in the past. In 2015, a 68-year-old Sikh man was beat up and hit by a car on his way to work. In 2016, another Sikh man, a clerk at a convenience store, was stabbed to death.

Sran is hoping to inspire change. Her traditional clothing opens up a discussion and hopefully will lead to acceptance.